Without Hue, I’m Nothing: Fascinating Facts about White in Our Culture

Dalmatians are born all white. The first markings usually show up within three to four weeks, but determining an accurate time is a little spotty.

-       Dalmatians are born all white. The first markings usually show up within three to four weeks, but determining an accurate time is a little spotty.

-       In 1956, a newly-divorced Bette Graham took a job as a bank secretary to support herself and her young son. In the days before computers, correcting (much less erasing) mistakes on typewriters was a useless endeavor. Frustrated, Ms. Graham mixed a few solvents and polymer resins together in her kitchen and…Liquid Paper was born. Seeing its potential, she began producing her invention out of her home, and as word of her miraculous mixture grew, so did her company. After being turned down by IBM, she later sold her idea to Gillette for just under $50 million dollars. For the next few decades, several companies copied her concept, the most popular was trademarked under the name Wite Out. At the time of her death, her son inherited her entire fortune. Her son? Michael Nesmith, guitarist for the Monkees. If you ever wondered why Nesmith rarely joined his former primate bandmates for reunion tours, the answer was simple. He didn’t need the money.

-       White is the most popular car color in America, accounting for 23% of all purchases. Car owners who choose white are generally choosy, if not downright finicky, and like their cars like they like their lives—clean and uncluttered.

-       Due to its visibility at night, white vehicles are about 10% less likely to be in an accident, but 60% more likely to be pooped on by birds. Researchers believe it’s a form of self-defense, as many of their predators are white (the birds, not the researchers). Either that, or birds just mistake white cars for large toilets.

-       Speaking of, you may have noticed that the top three colors for toilets are white, off-white and white. The reason is that most are made of porcelain that’s coated and glazed with Vitreous China to make it durable and to give it a high-gloss shine. These natural materials are whiteish in color and white is associated with being sanitary and germ-free. Bottom line (no pun intended), manufacturers wisely continue to give the public what they want. 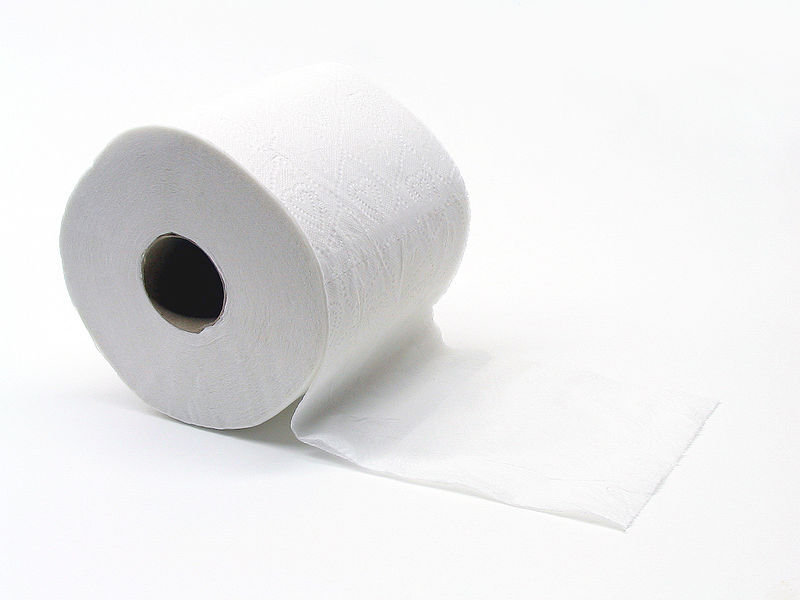 -       While we’re on a roll, let’s talk about why toilet paper is white, too. In its raw state it’s brown, but then bleached white for consumer use. White T.P. (like the toilet and other fixtures) coordinates better with most bathroom décor, and (like the toilet and other fixtures) is perceived to be more sterile. Some enjoy toilet paper that’s scented or decorative, but dyes and perfumes often cause rashes and other reactions. In the end (again, no pun intended), most think it’s best to leave white enough alone.

-       We know this goes without saying, but white wines aren’t white. They’re classified as white wines because they are made from white grapes, which aren’t white either (they’re green or yellow). No wonder people drink.

-       We’ll be brief: White is the most popular color for men’s t-shirts, and for men’s and women’s underwear. 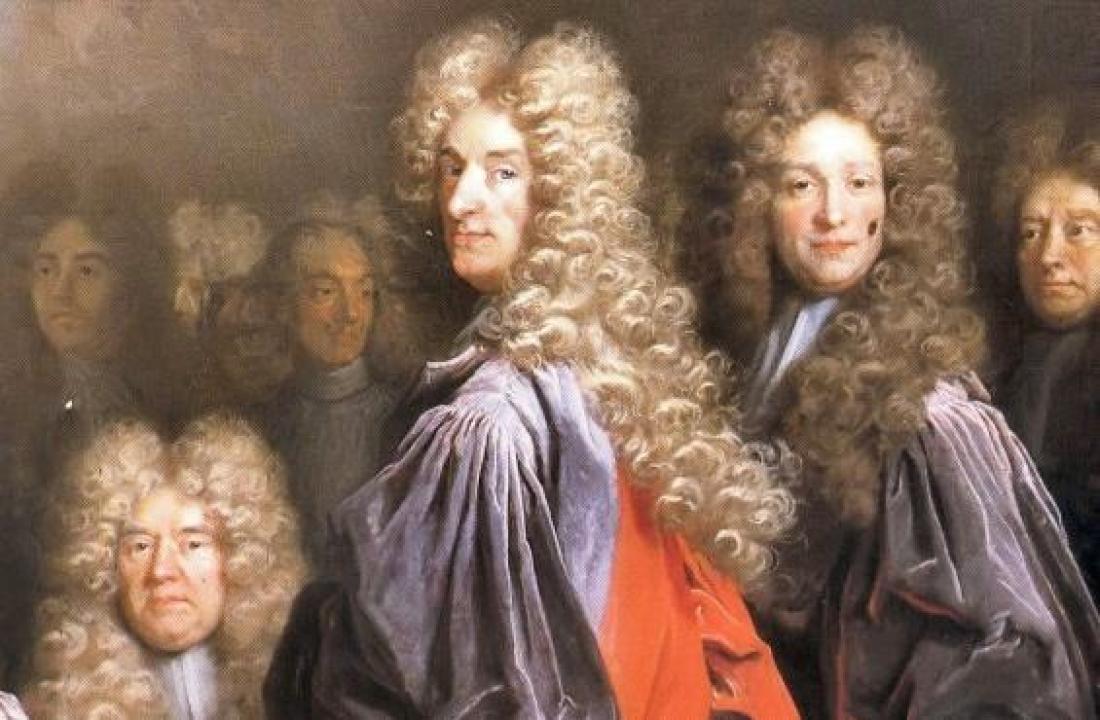 -       For nearly 200 years, white powdered wigs were big throughout Europe—for some very gross reasons. By the late 1500s syphilis had reached epidemic proportions, bringing a slew of symptoms like facial sores, rashes and rapid hair loss. To cover up the baldness (and the stigma of having VD), people began wearing long wigs called “perukes” which were covered in white powder then scented to mask the putrid aromas caused by the syphilis. In 1655, when Louis XIV began losing his hair (possibly due to a social disease), he commissioned 48 wigmakers to create a series of flamboyant rugs. Aristocrats soon copied him, followed by the upper-middle class, and what was once a humiliating essential was now a sought-after fashion statement. The styles, sizes and costs of the wigs skyrocketed—so much so that “bigwig” became a popular term to describe those who could afford only the most extravagant of extensions. Because they were also nifty for covering up head lice, the wigs remained in favor for another century until a hairy tax was levied on the white powder, and the trend for natural, shorter hair grew. Like we said, gross.

-       Whether in color or name, white is well represented in the animal kingdom. Some of the more intriguing include the: 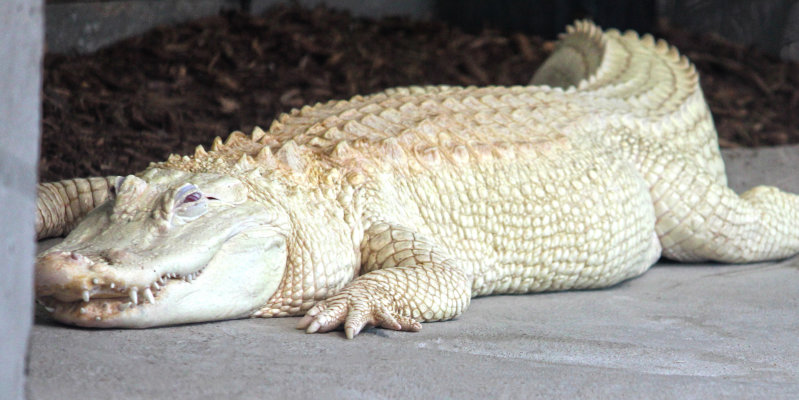 -       There’s also a gaggle of animals with the genetic mutation leucism, better known as albinism. With all-white bodies or fur and reddish-pink eyes, they are beautiful but rare—due to their condition—and because with no natural colors for camouflage, they are easy marks for predators. From humpback whales to hummingbirds, and from wombats to gators, these blanched critters are proof you don’t need colorful plumage to turn heads.

-       Some fun idioms and everyday expressions based around white include: 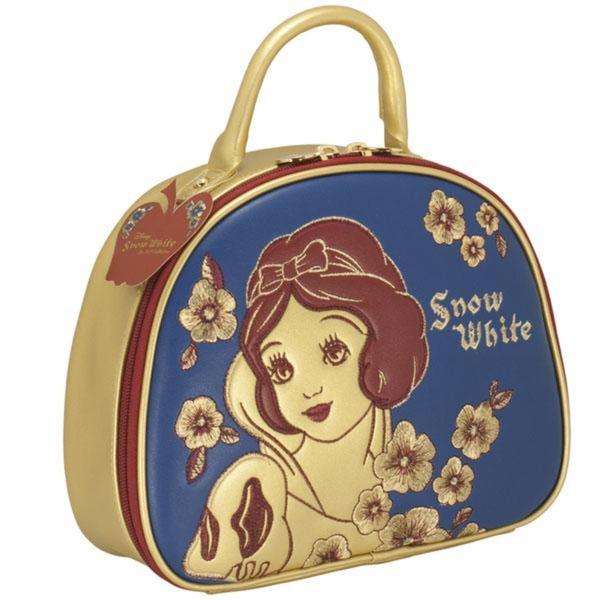