Greyed for Business: How Corporations Incorporate Grey into Their Branding Strategy

Psychologically, we know that grey prefers to go it alone. But aesthetically, grey goes with everything.

Psychologically, we know that grey prefers to go it alone. But aesthetically, grey goes with everything.

Within the expansive grey spectrum, companies will choose distinctive shades such as slate, gunmetal, iron and oyster. And research revealed that women are drawn toward lighter greys while men prefer darker shades.

The bottom line: Even though grey is a background color, it’s a solid background that allows other images and colors to take center stage and steal the show.

Some products, such as Grey Flannel cologne and Grey Goose vodka, have incorporated grey into their name, adding that enviable layer of elegance and sophistication.

But perhaps the best known and most iconic of all is Greyhound Lines. Much like Xerox and Kleenex, the Greyhound brand became the catchall term for bus travel. In the early 20th century, Carl Wickman struggled to keep his car dealership alive. When he saw that local miners (who couldn’t afford their own cars), needed transportation to and from the job, he began packing them into his eight-seat touring car. More than a century later, Greyhound Bus Lines is still a classic American success story. For decades Greyhound marketed itself as exciting (“I Discovered America”), practical (“Spend less…and have the best vacation ever!”) and even patriotic (transporting troops during World War II amid the rubber and fuel rationings).

But over time, with rising fuel costs and increased automobile ownership, Greyhound was in danger of becoming its namesake; past its prime with retirement its only option. Twenty years ago, Greyhound began to reinvent themselves with their “Elevate Everything” campaign, promoting sleeker rides, non-stop schedules, free w-fi and the continued promise of a hassle-free experience when compared to air travel. Today, their efforts to diversify and reverse negative perception have thus far paid off, with annual ticket sales just under a billion dollars. 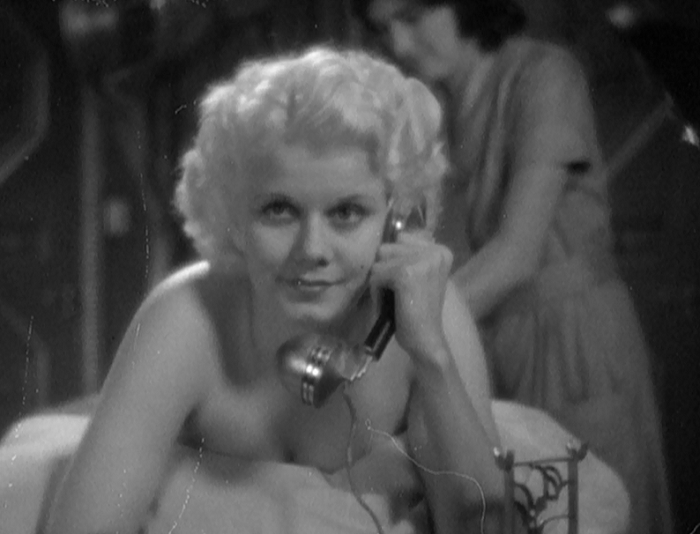 Finally, By the age of 50, 50 percent of women are 50 percent grey. Making the panicky preoccupation with grey hair (and how to get rid of it) nearly as old as hair itself. As far back as 1500 B.C., hennas and plant extracts were used to “color correct” in a desperate attempt to cling to a more youthful appearance. In 1863, while seeking a cure for malaria, William Perkin accidently created the first synthesized dye. In 1907, Eugene Schueller developed the first dye with commercial uses, which he called Aureole, which later became L’Oreal. From the 1930s to the 1950s, marketing using starlets like Jean Harlow and Marilyn Monroe repositioned hair dye from shameful mask to new identity—implying that changing your hair color could change your life. Unfortunately, with the harsh chemicals bleaching, their color came at a cost. 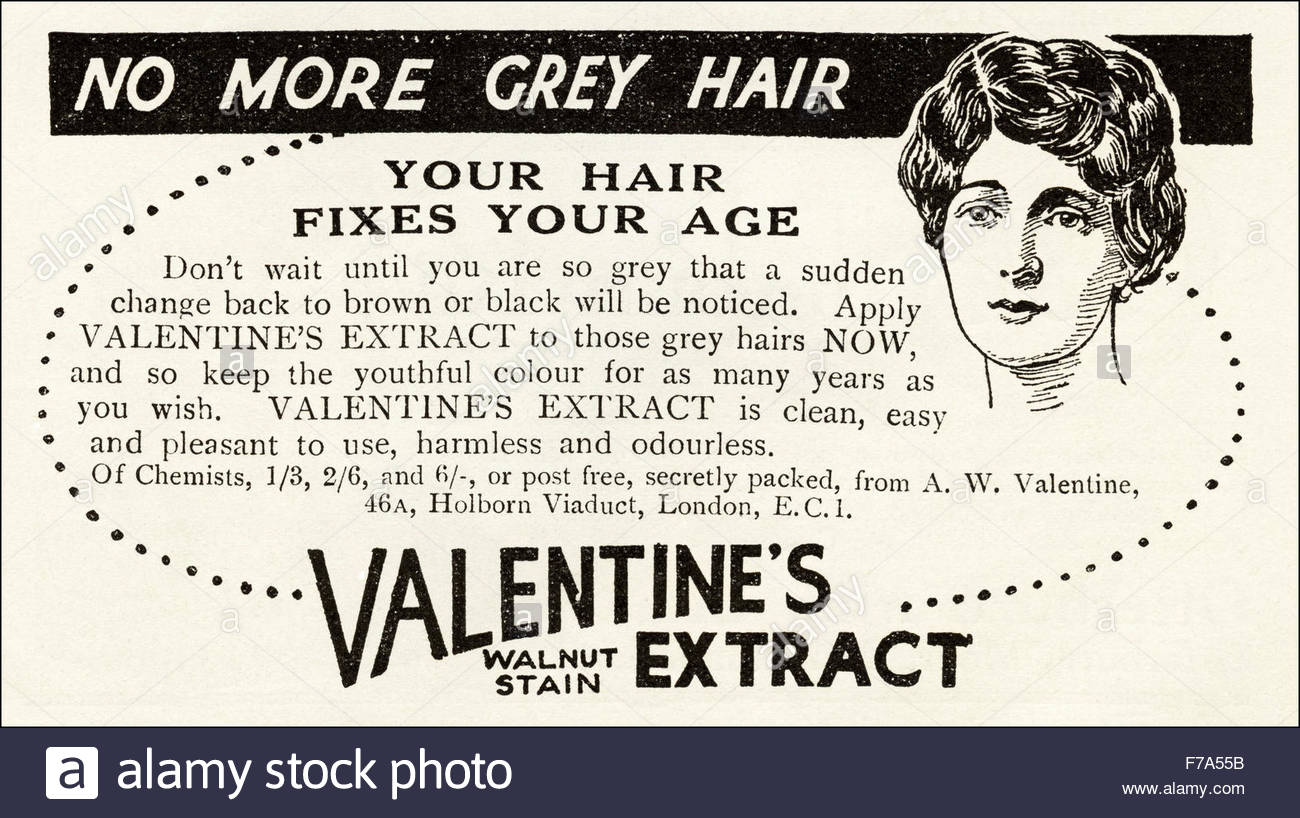 Then in 1950, Lawrence Gelb and wife Jane Clair created the revolutionary Miss Clairol, a one-step bleach-free dye product women could apply at home (a huge plus considering women did NOT want the world—or prying eyes at the salon—to know their secret). Capitalizing on the premise of why color the grey when you can be any color you please (while beautifully exploiting cultural pressures), their marketing campaign of “Does she…or doesn’t she? Only her hairdresser knows for sure” became one of the most memorable and successful campaigns of the 20th century.

What was once vanity was now vogue. Hair dying and grey hiding became so mainstream that in 1968, passports no longer required travelers to indicate their hair color. At that point, what was the point? 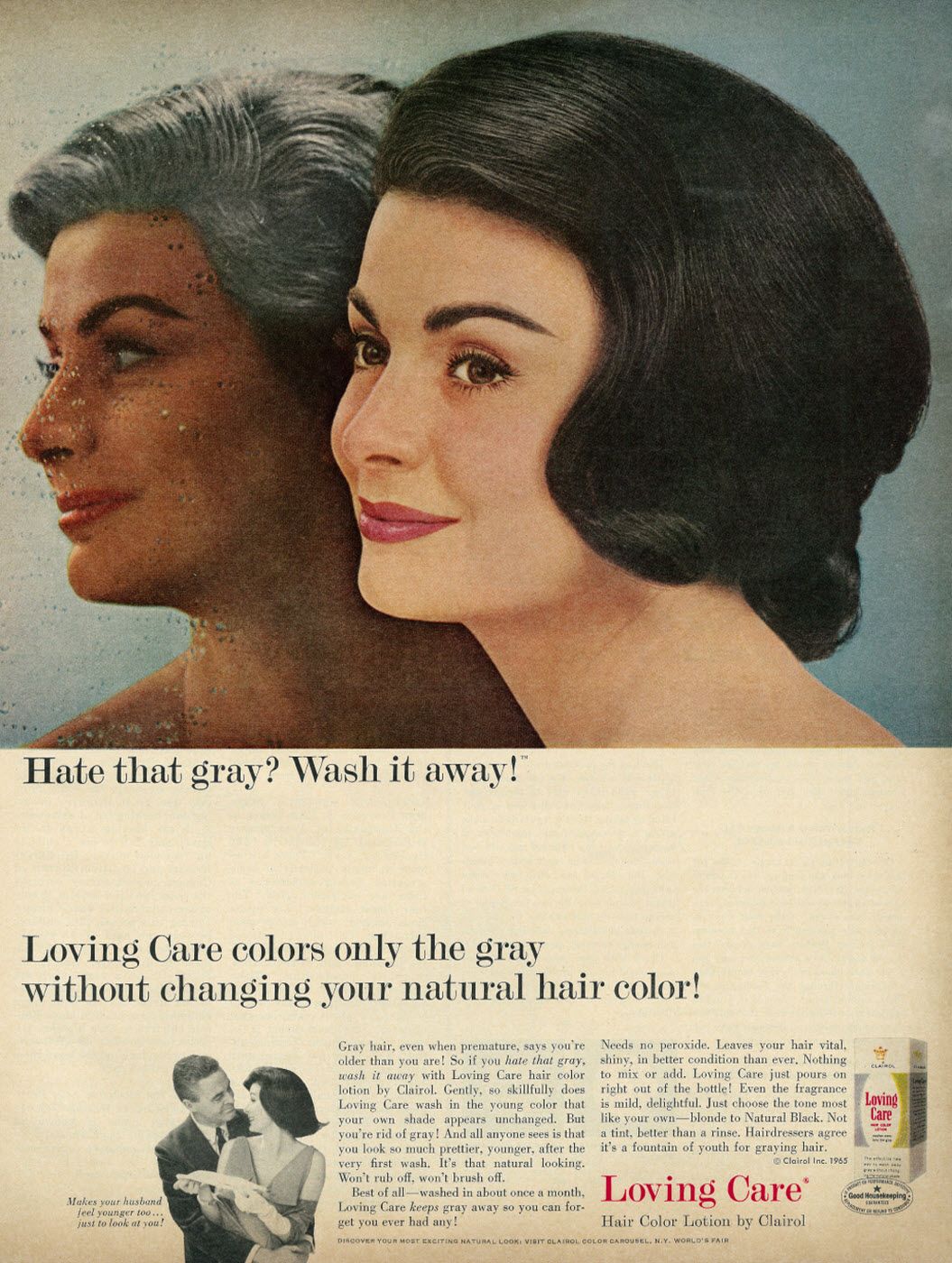 Today, except for products such as Grecian Formula for Men, women dominate the market. In the U.S., approximately 70 percent of all women regularly touch up, highlight or overhaul their hair color. Recent trends have even allowed women to embrace the grey by offering a plethora of silver-based hues, adding yet another shade to an ever-growing billion-dollar industry.