A Brief Look at the Pentagon, America’s ‘Ugly as Sin’ Military Headquarters

There were a lot of opinions about the Pentagon during its initial planning and construction phases in the early 1940s. Here are just a few: 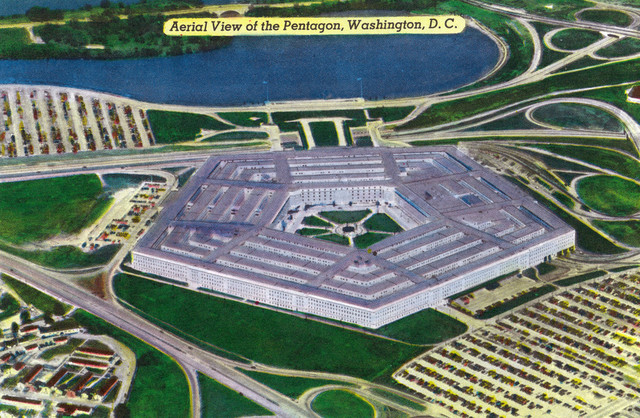 Like many things created in our nation’s capital, the Pentagon came to be amidst raucous drama. The largest office building in the world at the time of construction, the Pentagon was designed to centralize the branches of the military during WWII.

It was originally proposed as a temporary solution that would be put to other uses after the war when things returned to “normal.” Unfortunately, normalcy never came but new threats did, so the Pentagon remained, and it has served as the central nervous system of the U.S. military for nearly 80 years.

Most of us don’t consider the construction of a building to be fascinating, but the Pentagon is unusual, and yes, fascinating, in many ways.

Are We There Yet?

Before the days of email and cell phones, Pentagon messengers had no problem hitting their 10,000 steps. The building is truly massive — 6.6 million square feet with 17.5 miles of corridors — so employees understandably looked for ways to work smarter, not harder. The architects ingeniously designed the interior so that it’s possible to get from any two points in the building in under seven minutes. Still a lot of walking if your job was to hand-deliver messages to people.

Originally, roller skates were the preferred method of transport, but electric vehicles briefly made an appearance. Unfortunately, they caused damage to people (sorry, Air Force Secretary Eugene Zuckert) and property alike, so now electric scooters are available only to those who physically need them to get around.

Racism = Too Many Bathrooms

Six months after breaking ground, the main construction engineer received a message from the higher-ups informing him that the Pentagon must be designed for segregation of “the different classes of people.”

At the time, Virginia law required “separate but equal” facilities, but Roosevelt had signed an executive order that outlawed racial discrimination of government workers. However, at the insistence of Chief of Operations Colonel Groves, the engineering team doubled the original number of planned bathrooms for a total of 248.

Despite making allowances for segregation, the facilities were never actually used this way. By the time the building was complete, the federal government had made it clear that Virginia’s laws didn’t apply to the Pentagon and that segregation wouldn’t be allowed. For many years, the Pentagon was the only building in Virginia that was desegregated.

There aren’t a whole lot of pentagonal buildings in the world. It’s not really an ideal shape unless you have an oddly shaped building site, which the Pentagon most certainly did. It was meant to be built in a pentagonal parcel of land near Arlington National Cemetery, but there was such an uproar about the building potentially blocking the view of Washington from the cemetery, President Roosevelt changed the site.

But the new location was already inhabited. Not at all deterred, the government unceremoniously evicted more than 150 families from the dangerous slum known as Hell’s Bottom and began construction shortly after. Though they were no longer constrained by the original site’s odd shape, the ever-increasing anxiety over the war meant there was no time to redesign the building.

The Pentagon was built out of nearly 700,000 tons of concrete. The choice in materials was a direct response to the war effort, as steel was needed for military production and had to be used sparingly. 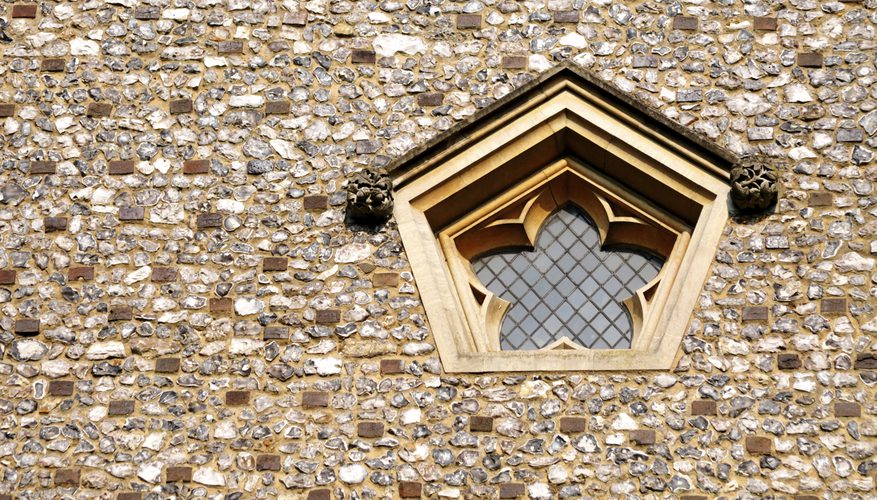 The window frames were one of the few areas where steel could be used. Due to a presidential preference, the Pentagon was almost designed with no windows. Roosevelt wanted to make the building less vulnerable to air strikes, but a smooth-talking engineer managed to convince him that this wasn’t practical. No one wants to work in a windowless concrete pentagon.

Depending on whom you ask, the Pentagon is either a symbol of American strength and influence, or one of violence and corruption. Regardless of where you fall in terms of symbolic interpretation, all can agree that the Pentagon is an impressive feat of engineering and an influential part of American history.