What Can Your Brain Trust: The Rise and Fail of the Fallacy

If your response to that logic was “what now?” you’re not alone.

It seems the sole purpose of a fallacy is to muddy the waters in the search for clarity. Taken from the Latin fallacia (deception), fallacies are defined as misleading or false notions or beliefs. And from Argument by Gibberish to Wishful Thinking there are hundreds of examples, exceptions and variations to cloud the issue and provide a never-ending voice to the mistaken and misinformed.

Join us as we focus in on a smattering of the devilish and deceitful.

The Appeal to Authority:

Here the credibility is with the messenger, not the message.

It occurs when an argument is presented by an authority figure, someone you admire or even desire. And while the argument is flawed, those “under the influence” will accept it as true. As the name suggests this fallacy can be appealing. But the results can range from the innocuous to the disastrous.

A shy high schooler has a huge crush on the head cheerleader. Knowing this, she tells him members of the Chess Club are stealing her luggage. Due to his unrequited adoration, he buys into her imbecilic story, offers to be her Samsonite in shining armor and proceeds to give those Chess Club thugs a stern talking to.

The General orders his troops to stand in the rain and spin in a circle while singing show tunes, believing it is essential in preparing for battle. Squirrelly at best, but it came from the top so send in the clowns!

The Appeal to Authority Fallacy wears many hats. None of them fit. 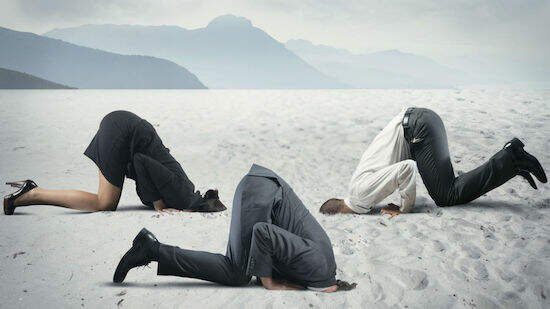 The Appeal to Ignorance:

This one is quite the conundrum.

A Christian cannot definitively prove the existence of God to an atheist. However, the atheist cannot disprove God’s existence either.

Bob is convinced aliens exist on other planets despite their lack of visits to earth. But it’s that very same lack of sightings that provides Ray with “proof” there’s no one out there.

(We prefer this argument: The fact we’ve never been visited by aliens proves there’s intelligent life on other planets.

In the 1950s, Joseph McCarthy created a feeding frenzy of fear by accusing public figures of being Communists. Despite his complete lack of evidence, the accused found proving otherwise to be troublesome if not impossible. And their inability to do so only “solidified” McCarthy’s baseless claims and ruined the lives and reputations of many innocent people.

To learn more about what a jerk he was, try this:
http://covalentlogic.com/index.cfm/newsroom/detail/496

This fallacy attempts to gain acceptance through emotional tactics.

And if you’re privy to your audience’s soft spots, all the better.

Ladies and gentlemen of the jury, it’s true that my client has been accused of embezzlement, but just by looking at her you can see she’s innocent. She’s a pillar of her community, active in her church and bakes cookies for the local shelter. How could this sweet grey-haired lady be guilty of anything except perhaps spoiling her precious grandchildren?

Officer I’m begging you please don’t give me a ticket. If you do, I’ll lose my license and won’t be able to drive to work and I’ll get fired and lose my insurance and won’t have any money to feed my children. Did I mention my wife needs an operation?

With this fallacy, one assumes the argument is correct because the components are possible, even probable.

But just because it could doesn’t mean it will.

The sun is shining. The sun produces heat. Therefore, it’s going to be hot today.

I may be going to the Taylor Swift concert tonight. And afterwards, maybe I’ll ask her out for an ice cream cone and maybe she’ll say yes.

There’s an excellent chance I’m going to win the lottery because I bought two tickets!

While each of these possesses a certain percentage of possibility, we must remind ourselves that until it’s a done deal it’s dubious at best.

For those with strong, tendentious opinions, this is a goodie. Because the elements of this argument are black or white. Either/or. Pure and simple.

When given only two choices (knowing full well other choices are available) you have an argument based on unreasonable reasoning. And that can leave the door open for some heated, yet futile debates.

You said you were a patron of the arts, but I didn’t see you at the gallery opening last night.

If you don’t want children, then you must hate kids.

I know almost every guy on campus and the only ones worth dating are Phil and Carl.

If you don’t buy me the exact diamond ring I want, then you must not love me.

Let’s say a neighborhood bar makes noise late at night. Angry residents give the city two choices — enact stricter noise ordinances or shut the place down. But when reasonable options are added to the mix (e.g. turn down the volume, soundproof the walls, book only acoustic acts) the argument becomes valid. Folks can sleep, the bar stays in business and everybody wins.

See how nice that was?

A fun offshoot of the False Dilemma is Morton’s Fork, in which the two choices lead to the same conclusion — and both choices are terrible. Our favorite example is the iocane powder scene from Princess Bride. In this battle of wits, two glasses of wine were poured with only one presumably containing a deadly poison. Vizzini used his “dizzying intellect” to determine which glass to choose, but in smug desperation simply switched glasses. Unfortunately, he was unaware Westley had built up an immunity to iocane powder and had poisoned both glasses. Thus, either way Vizzini was doomed. Two options. Both terrible. You fool!

An oft-used literary device and deflection tactic for political and corporate types, the Red Herring is intended to lead you down the wrong path to divert your attention away from the matter at hand.

The phrase dates back to 1805 when English journalist William Cobbett related how he would mark a trail with the stench of decaying fish to mislead dogs during a hunt. Ironically, throughout the 1800s, British fugitives wishing to avoid capture applied his technique to literally throw bloodhounds “off the scent.”

We’re sorry we had to lay off so many workers, but our products and customer services have been getting great reviews on Yelp.

Does the Governor have any comment on his recent sex scandal?
Seriously? The fake media should stop harping on this and focus on how the Senator has brought unemployment to a two-year low.

Eat all your vegetables. Some children overseas go hungry.

Go ahead, change the subject. Veer off track. Because they can’t win the argument here if you can make ‘em look over there.

This common fallacy (and phrase) is kind of a moral browbeating, in that it argues that one small action will lead to another and another, eventually causing us to slide into certain disaster.

And while the initial argument often seems reasonable, with each additional step it becomes more improbable — and ridiculous. And “the next thing you know…”

If we let the kid take driver’s ed he’s gonna want to have his own car and he’ll want to go joyriding with his friends and the next thing you know, he’s in a ditch and the car is totaled.

Rep. Louie Gohmert (R-Texas) said gay marriage would be a slippery slope “to polygamy and bestiality.”

If you don’t study all weekend, you won’t graduate with honors and then you won’t get into Harvard or get recruited by a big law firm and you’ll end up flipping burgers for the rest of your life.

Basically, it’s one small step for man that stumbles into one giant mess for mankind.

Here, we try to prove our point with a statement that’s just too dang broad. Others may fall for that “all your eggs in one basket” approach, but trust us it’s not what it’s cracked up to be.

Democrats want to take away all your second amendment rights.

Our new CEO has detailed plans to get our company out of debt.
Yeah, but he’s been married and divorced twice! How can he take care of our business if he can’t take care of his own life?!

I don’t know why Tom Cruise is such a popular actor when he’s a member of such a controversial religion.

When your argument’s on thin ice, throw in something that has nothing to do with anything.

This fallacy relies on the “majority rules” rule, but in the words of Tolstoy:

Wrong does not cease to be wrong because the majority share in it.

Bob loved playing the violin, but all his buddies in school teased him saying if he didn’t play sports he’d never be popular. After that, Bob began losing his passion for music.

Joan always ate a healthy, well-balanced diet. But hearing everyone raving about the Keto diet made her wonder if her eating habits were all wrong.

It’s tempting, we’ll give you that. But before you go with the crowd watch Twelve Angry Men.

In Latin it means with this, therefore because of this.

In English, it means if A and B happen at the same time, then A must be causing B to happen.

When Nabisco boasted that people who eat Shredded Wheat tend to have healthy hearts, it slyly implied a connection that wasn’t there — and instead, relied on consumers to mentally make the connection and equate its cereal with good health. 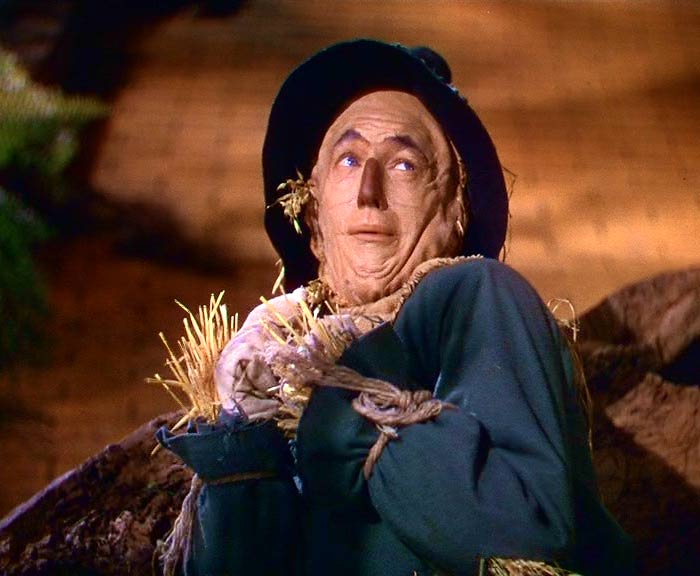 When the flying monkeys tore the Scarecrow apart, he was rendered harmless. Here, it’s when your opponent attempts to “knock the stuffing” out of your argument by inserting a distorted or irrelevant position.

BOB: Our university already spends more on the sports program than anything else. There’s no need to double their budget.

RAY: So, you just don’t care if our teams get beaten all season long?