Rhetoric: The Action Figure of Speech

Rhetoric covers a lot of linguistic ground. It’s the effective use (and the study of the effective use) of language. If you’re communicating, exaggerating, illustrating, informing, influencing or inspiring, you’ve got your rhetoric on. And should you pose a query so obvious that doesn’t require — or desire — an answer (Do fish swim? Is the sky blue? Does the Pope wear a funny hat?), you’ve asked a perfectly good rhetorical question.

Universal, ever-present and a boatload of fun, we now offer some fun and favorite rhetorical devices. 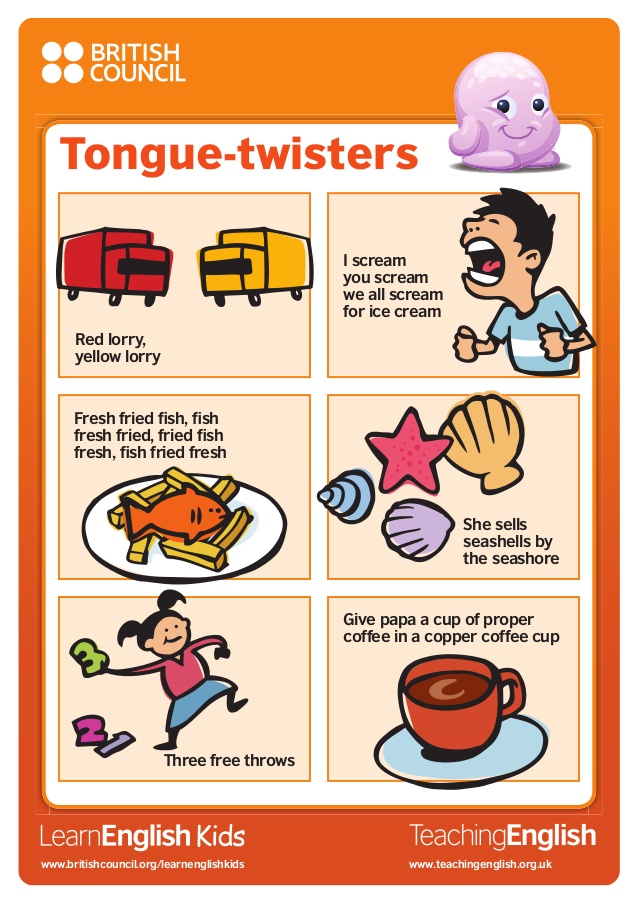 Phrases that repeat the same letter or sound in close succession not only liven up literature but entertain our ears and help make an otherwise mundane muttering much more memorable.

From literature (“The Great Gatsby”) to lyrics (“Rocky Raccoon”) to film (“The Dirty Dozen”), alliteration is deservedly much in demand.

And when the alliterated is elongated, the transition into tongue twisters is complete.

From Peter’s peppers to Sally’s seashells, these mental and verbal exercises have entertained us for centuries. In the 1979 movie “The Jerk,” Navin confessed something to Marie that was difficult for him to say…“I slipped the sheet the sheet I slid and on the slitted sheet I sit.” Indeed.

According to the Guinness Book of World Records, the toughest twister is “The sixth sick sheik’s sixth sheep’s sick.” And according to researchers at MIT, it’s “Pad kid poured curd pulled cold.”

Forget saying either of those correctly three times fast. We’d be thrilled just getting close to one.

Even if you’ve never actually seen a chicken running around like its head was cut off, the description successfully gets the point across.

From the Latin word meaning “to play or joke with,” the allusion plays with people, events or expressions by referencing them with an off-the-wall yet easily understood concept — thus creating an image with oomph.

However, the impact of an allusion often depends on how engrained it is in our culture, or on our knowledge of history, scripture, literature and current events.

“I’m as mad as a wet hen,” “He’s quite the Romeo” and “I was saved by a Good Samaritan” are easy enough for most.

But what if your soda bottle opened “like Mount St. Helens?” Or you had “more freckles than Carter had pills?” Or you suddenly found yourself “in like Flynn?”

Whether an allusion is illuminative or elusive may all boil down to how smart (or old) you are.

If you were Nigel Tufnel, you’d simply turn it up to eleven. For the rest of us, this device helps us make our point by taking our description up a notch, often by repeating key words or by adding or emphasizing key points.

In short, when done correctly, amplification can be very, very, very effective. Very.

Despite his odd choices of dismissals, John gave us a nice example of an anaphora. By repeating a word or words (usually at the beginning) of each sentence, we can achieve an artistic effect and accentuate our point. Other significant examples include the “Thou shalt”s of the Ten Commandments and the “Blessed are”s from the Beatitudes and the “I Have a Dream”s from Martin Luther King, Jr. If you’re looking for something a little less inspiring, there’s always the “Always low prices. Always.” from Walmart.

Where amplification repeats words for emphasis, the Antimetabole is the antithesis. From the Greek word meaning “to change or turn around,” this device throws everything in reverse to form the most unique of phrases.

The once-topical Russian comedian Yakov Smirnoff told us that “In America, you can always find a party. In Russia, the Party always finds you.”

Crosby, Stills and Nash suggested that “If you can’t be with the one you love, love the one you’re with.”

7Up oddly observed that “You like it. It likes you.”

Another “anti” device, this is when we apply the opposite to sarcastically, sardonically or humorously prove our point.

Naming your Yorkshire Terrier “Killer,” your Great Dane “Muffin” or your 6’7” friend “Shorty” would be apt examples.

In Shakespeare’s Julius Caesar, while Antony didn’t think much of Brutus, he still referred to him as an “honorable man.”

And if the lunch special is a liver and whey casserole, the obvious antiphrasis response would be “ooh, tasty!”

Give me liberty, or give me death.

To err is human, to forgive divine.

One small step for man. One giant leap for mankind.

I’d rather laugh with the sinners than cry with the saints.

From Jekyll and Hyde to Beauty and the Beast, if your intent is to offer food for thought, ignite a debate or illustrate the adversities in our world, this can make a world of difference. 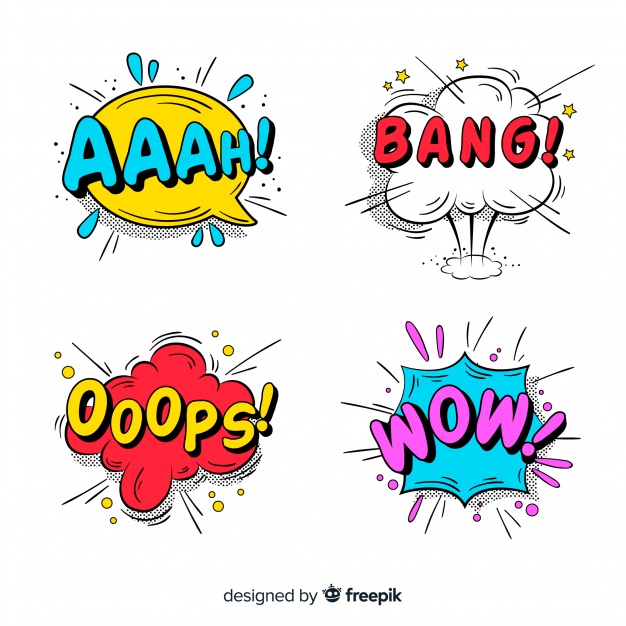 If you’re a fan of the 1960s “Batman” series, then you’re well-acquainted with the onomatopoeia. Combining the Greek onoma (name) and poiein (to make), these words perfectly match the sound they make. Who can resist a good boom, pow, zap, zoom, splat or boing? Then again, if those are too intense for you, we recommend others like slimy, splash, swoosh or plop. 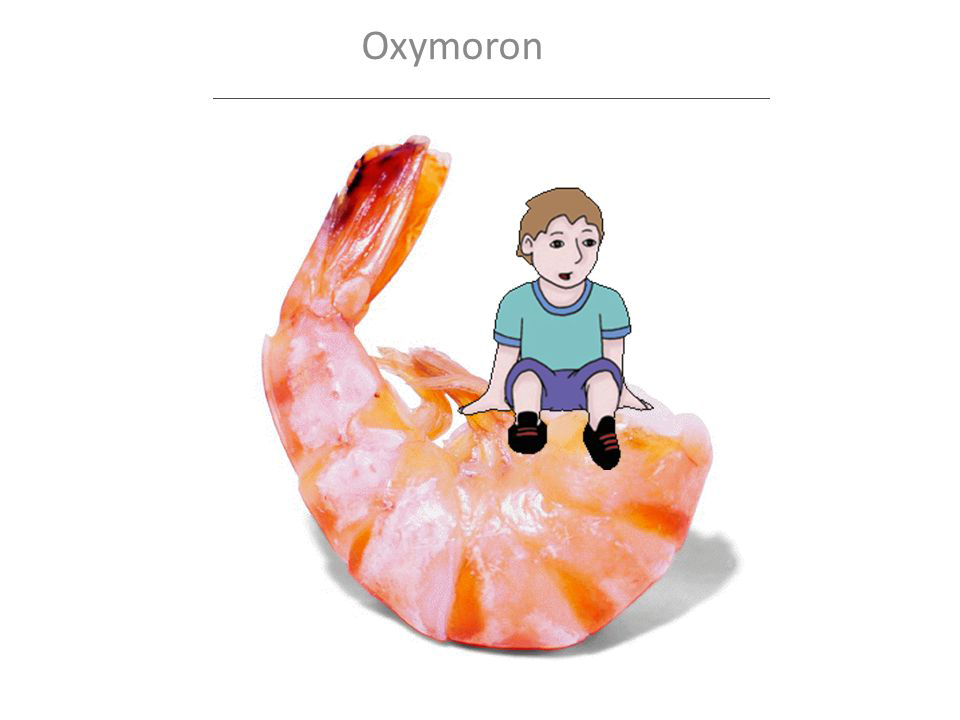 It’s been said that opposites attract. If true, that’s what makes an oxymoron so frightfully attractive. This rhetorical device pairs conflicting words to create an inconsistent (but entertaining) phrase.

Deafening silence, jumbo shrimp, plastic silverware, bittersweet, small crowd, seriously funny, awfully good, steel wool and old news are some prime examples. For zombie nuts we have the “The Walking Dead.” For history buffs the Civil War. For discophiles, “The Sound of Silence.” And for LSU fans…Auburn University (sorry, we couldn’t resist).

To wrap up our rhetoric, we thought we’d use a little…restraint. And with the understatement, we make our thoughts worse or less important, thus enabling us to tell it much less like it is.

They can be modest, even polite (after cutting an hour off her time, a marathon runner might admit she did a smidge better than before).

But for our money, give us ironic and comical. Admiral Byrd describing Antarctica as “a little nippy” or Noah describing the weather as “a spot of rain” certainly qualify. Considering the discovery of DNA as mildly important, or the totaling of your car as a scratch would as well.

And if you prefer your understatements over the top, why not go with the passenger of the Titanic who thought hitting the iceberg put a crimp on the evening?

Latin for something added, the epithet uses extra words to describe a certain attribute or quality, or it uses a complete phrase to describe a word without ever actually using that word.

A favorite literary device, it’s often associated with a nationality, ability, a unique feature or an occupation.

Examples covering these categories would include Alexander the Great, Ivan the Terrible, Vlad the Impaler, Mary Queen of Scots, the Pied Piper of Hamelin and Bob the Builder. And, thanks to Monty Python, we can throw Sir Robin the Not-Quite-So-Brave-as-Sir-Lancelot into the mix.

On the other end of the spectrum, when we hear of “a girl’s best friend,” “a man’s best friend” or the “King of Rock ‘n Roll,” we inherently know we’re talking about diamonds, dogs and Elvis.

Is there any device as extreme as hyperbole? It’s a rhetorical question, don’t answer. Crediting the Greeks once again, it means “excess,” and with this descriptive exaggeration it adds enough power to get your point to the moon and back.

You have a ton of homework. If your team loses, you’ll just die. You ran like the wind. Your grandmother is as old as dirt. And you have a list of things to do a mile long.

Really? Doubtful. But for a million different kinds of literature, it’s the most fun device in the universe for taking any expression to the extreme.

Just don’t take it too seriously. If you do, some may consider you as dumb as a rock.