GED Enough for Me: How the Church of Latter-Day Saints Transformed Ancestral Archiving in the Digital Age

If you are among the millions of people who have used a website to discover more about your heritage, there’s a strong chance what you learned was, in one way or another, the product of a massive global project spearheaded by members of the Church of Latter-day Saints to create the largest genealogical database in the world.

All right, on the surface this may sound like part of some nefarious plot for world domination, but the rationale behind the research actually appears to be largely benign; in fact, you could even call it “divine.” It all stems from the LDS Church’s interpretation of the first half of Malachi 4:6 — “And he shall turn the heart of the fathers to the children, and the heart of the children to their fathers.” To the church, this verse represents an imperative to learn more about one’s ancestors in order to strengthen those familial bonds. And, because proxy baptisms are part of the church’s beliefs, members may intercede on behalf of deceased relatives to help them find heaven after death.

But of course, before any of that can happen, members must first have some understanding of who the deceased relatives were. And it was from this drive to learn more about one’s ancestors and usher them into a better afterlife that the world’s most important and popular tools for the digital preservation of detailed family records were born.

Owned and operated by the Church of Latter-day Saints, FamilySearch has been described as “the world’s largest shared family tree,” featuring free digital access to the records of 1.2 billion people.

On December 10 of this year, FamilySearch announced that its Family Tree search function would begin allowing users to add same-sex family records. The move is a step toward preventing the histories of LGBTQ families, including same-sex adoptions, from being lost to time.

Although the option has been available on other online genealogical services for years, FamilySearch is one of the last of the large sites to offer it.

The church has stated that this change does not reflect a shift in church doctrine, with proxy temple marriages and sealings remaining limited to straight families, saying instead that the feature is part of FamilySearch’s goal to keep genealogical records as accurate as possible.

The Utah Genealogical Society was founded in 1894 to help church members gather their genealogical records after immigrating to the United States, and the number of records held by the group naturally increased over time with the addition of new members. But as the physical records grew in number, the appeal of digital archiving also grew toward the end of the twentieth century. Even though the technology was still rapidly evolving during the 1980s, the advantages of digital archiving were finally becoming clearer and more practical.

Digital records could be copied with greater ease and without the risk of potentially damaging the originals, they would not take up space in the same way as physical copies, and they could be seamlessly updated in an electronic file format. So, with the goal of keeping the most up-to-date and future-proof archives possible, the church released GEDCOM Version 1.0 in 1984.

GEDCOM, which stands for Genealogical Data Communication, is an open system that allows the digital exchange of genealogical information via software in the form of GED files. The GED file was designed specifically to record family tree information in a uniform arrangement, including the names, important life events, and death information of ancestors. In 1999, coinciding with its transition to the online world, the Utah Genealogical Society changed its name to FamilySearch and made many of its digital records freely available to the public at FamilySearch.org. 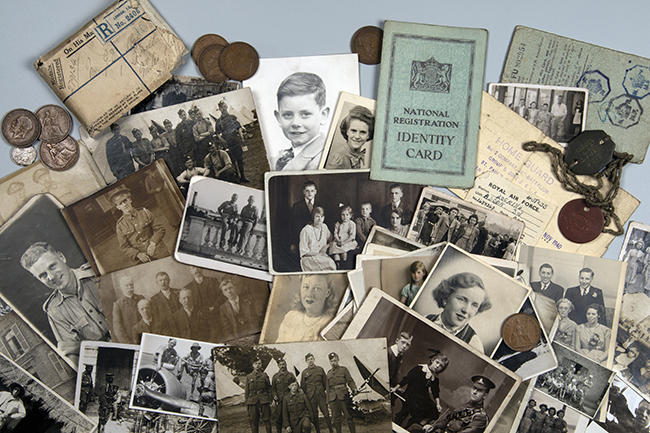 GEDCOM became the most widely used system for the digital archiving and sharing of family trees. In fact, some of the world’s largest digital lineage services, including Ancestry.com, continue to use GEDCOM to this day. It transformed the way genealogical histories are preserved in the modern age and enabled us to understand how we fit into the human story like never before.

And so, what began as a project to preserve family tree records for religious purposes eventually grew into something larger — a digital phenomenon that would transcend countries, cultures and even religions. Today, those who seek a deeper understanding of themselves and their origins can do so thanks to the groundwork laid by the Church of Latter-day Saints and its ancestral archiving revolution. It may not be quite as exciting as a global conspiracy for world domination, but it’s definitely up there.