Before You Wreck Yourself: Origin of the Checklist

“I watch a lot of astronaut movies ... mostly Star Wars. And even Han and Chewie use a checklist.”
— Jon Stewart

Last month we discussed how making a plan is a crucial first step toward goal achievement. But, as important as it is, planning alone won’t get you far. Mike Tyson’s famous boxing quote, “Everybody has a plan until they get punched in the mouth,” is a perfect illustration of this truth — planning has its place, but if you can’t execute, you won’t achieve much of anything.

One of the most effective ways to ensure plans are executed properly is the humble checklist, a tool that requires going through each step of a process in order and checking it off as it is completed. It may be taken for granted today because the concept seems so simple and straightforward, but the checklist has actually been around for only a little less than a century, originating in the wake of a catastrophe and leaving lasting repercussions that would shape the histories of aviation, medicine and even World War II.

In 1935, the U.S. Army Air Corps held a competition between aircraft manufacturers to determine which would be awarded a contract to create the next generation of long-range bombers. Among the participants was Boeing Aircraft Company with the groundbreaking Model 299, an aircraft the press had dubbed “the flying fortress” (which later Boeing trademarked) because of its remarkable construction. Featuring four engines and an unmatched mix of speed, flight longevity, machine-gun emplacements and bomb-carrying capacity, the Model 299 was a sure favorite to win the contract for a minimum of 65 planes. 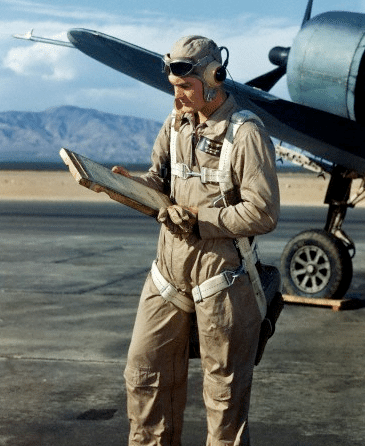 On the day of the competition, however, as the Boeing aircraft sped down the runway and began its ascent, it rapidly climbed 300 feet before hurtling back toward the earth and crashing with five men onboard, including Major Ployer P. Hill and Lieutenant Donald Leander Putt, the flight’s pilot and copilot. Unfortunately, the same cutting-edge technology that made the Model 299 such a standout also brought several new instruments to monitor and parts to manage, far more than other aircraft of the time. Major Hill and Lieutenant Putt had ample hours of flight experience between the two of them, but neither took the action needed to release the plane’s rudder lock — a new feature of the Model 299 — before takeoff, which in turn caused the plane to stall and plummet.

Three of the men were able to escape the downed craft despite their injuries, but Hill and Boeing’s chief test pilot, Leslie R. Tower, had to be rescued from the flaming wreckage, with both succumbing to their wounds not long after. The cause of the crash was attributed to “pilot error” following an investigation. But many feared the plane was overly complex and could not be flown reliably, saying that there were too many new steps to monitoring and operating the plane’s equipment for a pilot to remember.

However, there were some at Boeing who still believed in the superiority of the Model 299, and those engineers and test pilots came up with a simple — yet effective — solution that would largely remove memorization from the equation. Together, they developed an ordered list of procedures for pilots to follow during taxi, takeoff and flight, which involved checking off each step as it was completed. Using this newly implemented checklist system, test pilots were able to log 1.8 million miles of flight time on a dozen of the Model 299 bombers without incident. Over time, the checklist proved its own viability as well as the Model 299’s, showing that the plane could be piloted predictably as long as the checklist’s steps were followed thoroughly and in order.

Eventually, after seeing the tremendous potential of the aircraft along with enough concrete proof to show that it could be flown safely with consistency, the U.S. Army purchased 13,000 Model 299s — or, as they would later be known, B-17 bombers. And the B-17 went on to play a crucial role in the strategic bombing raids the U.S. ran across Nazi Germany, dropping more bombs than any other American aircraft throughout World War II and giving the Allies a decisive advantage with its impeccable offensive and defensive capabilities.

Whatever you’re planning to do, chances are there’s a checklist that can help. Here are a few examples:

Although it started out as a safeguard to protect pilots flying military aircraft, the usefulness of the checklist soon crossed over into other important fields, including commercial aviation and construction. Even today, the World Health Organization supports a 19-item safety checklist to reduce the occurrence of accidents related to surgery. And pilots still use their own checklists to handle routine procedures and emergencies.

And so, from the ashes of the tragic Model 299 crash arose a new way of getting things done that continues to save countless lives nearly a century after its creation. And the usefulness of the checklist isn’t just limited to matters of life or death — it’s versatile enough to help all kinds of people carry out everything from civil litigation procedures to software engineering QA and weekly chores to five-year plans. The bottom line is, if there’s something you want to do, make it easier on yourself and make a checklist.