Ground Control to Major Ten: The Historical Importance of the Countdown

Dick Clark. Dave Letterman. Nadia Comaneci. Bo Derek. Some folks are forever tied to the number 10. But no one has been able to rock it quite like NASA.

It goes without saying that few plans are as complex — or require as much pinpoint accuracy — as the launch of a spacecraft. And because of that, the checklist that accompanies the countdown prior to liftoff is kind of a big deal.
Because of that, we don’t have enough space or brains or days left in the month to give it its due. But here’s a quick launch breakdown.

For reasons that seem random but are obviously important, things get real exactly 43 hours before liftoff. And as you can imagine, that checklist is gargantuan. But suffice it to say the checklist includes chores that include exacting calibrations, filling the tank with half a million gallons of chilled cryogenic fuel, a thorough vacuuming and making sure the module’s in “park” before cranking it up.

Each announcement-worthy time segment is prefaced by either L- (Launch minus) or T- (Time minus). For instance, the first one heard is usually “T-minus 43 hours and counting,” which sounds as commanding as it does cool.

Launch minus indicates the days, hours and minutes that remain before liftoff, whereas Time minus is the official time left on the countdown clock. To make it less confusing, just pretend you’re at a sporting event. There’s real time and then there’s scoreboard time. As we all know, scoreboard time consists of stops, starts and timeouts galore. And so, for both NASA and the NCAA, “five minutes left on the clock” has about as much exactness as, “I’ll be with you in a sec.”

Yet despite the critical box-ticking that occurs in the hours and minutes leading up to liftoff, it is the final countdown — the last precious seconds — getting all the glory. Even after 63 years, whenever this plan is executed we still hold our breath, sit on the edge of our seat and gaze transfixed on the miracle before us.

But perhaps the most fun thing about the launch countdown is its origin. For it wasn’t the brainchild of some space pioneer but rather a dramatic hook from a silent movie director. 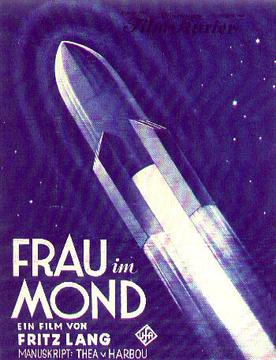 In the mid-1920s space travel may not have been a thing, but the world’s fascination with it most certainly was — and Austrian filmmaker Fritz Lang was no exception.

Lang was famous for films such as the gritty crime thriller, M, and his dystopian masterpiece, Metropolis, and in 1929 he began working on a science-fiction film called Woman in the Moon. After filming the dramatic rocket launch scene, he saw that, despite the expressive faces of his actors, the scene wasn’t very dramatic.

He knew it needed something, and that something turned out to be the simplest of gimmicks: a countdown from 10 to zero. The suspense and anticipation it created was maddening. It didn’t just draw audiences in, it caused theatergoers to shout out and countdown together to the climactic launch.

Fast-forward forty years when NASA hired a rocket developer and aerospace engineer named Wernher von Braun, who also happened to be a huge Fritz Lang fan. Among von Braun’s many contributions to the space program was the suggestion they add that dramatic countdown from that 1929 movie to every launch.

Strategically it was brilliant. And it forever put the blast in blast off.