Temp Work: The Rise and Fall of Mercury Thermometers

We're in the heart of summer, and depending on where you live, that can either mean fun picnics in the sun and trips to the beach or dreaded sprints to the nearest A.C. in sweat-soaked suits. Today, we’re blessed with the curse of knowing exactly how miserably hot it is at any given time, and much of the credit — or blame — for that knowledge goes to Daniel Gabriel Fahrenheit, the inventor of the mercury thermometer. 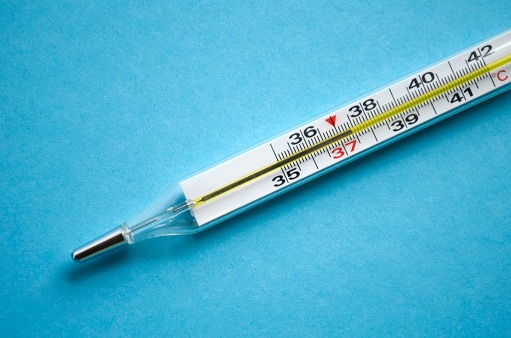 Thermometers were around prior to Fahrenheit’s invention in 1714, with some primitive versions going as far back as the first century AD. But his was the first to utilize mercury.

Because the volume of mercury changes with the temperature, increased temperatures would push the mercury from the bulb at the bottom of Fahrenheit’s thermometer further up the glass tube until it settled, with notches and numbers off to the side measuring in — you guessed it — degrees Fahrenheit. (This makes the Amsterdam native sort of an American icon, since the United States is one of only a handful of countries that still measures temperature in Fahrenheit instead of Celsius.) This mercury-in-glass thermometer achieved new levels of precision in the 18th century, and it proved to be so accurate that it grew in popularity and remained widely used centuries later.

The mercury thermometer became incredibly valuable in the fields of science, medicine, meteorology and even in the home. It measured temperature with an exactness unlike anything that had come before. For the first time, mercury body thermometers allowed doctors, nurses and the average family to detect fever with true precision. And all it took was a few minutes under the tongue, under the armpit or where the sun don’t shine to get an accurate reading.

Considering how useful they were, you may be wondering why mercury thermometers aren’t as commonly used today. Like many great innovations, the technology had its share of kinks that needed to be worked out — namely, the mercury part.

This liquid metal had been used for millennia in everything from blacksmithing to immortality potions (unfortunately, they weren’t very effective). Cases of scientists and industrial workers suffering the effects of mercury exposure were documented as far back as the 1800s. But it wasn’t until the latter half of the 20th century that regulatory safeguards were put in place and the dangers of mercury toxicity became more widely known. Not long before that, it wasn’t uncommon for broken thermometers to be a cause for celebration among children, who would happily play with the shiny, rolling quicksilver that poured out.

When the toxic side of quicksilver became more publicly known and the #mercurythermometersareoverparty was official, the world needed alternatives. Here are two of the more popular ones. 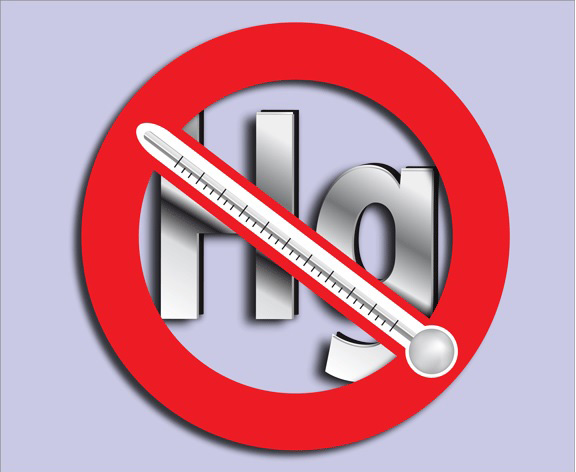 Spirit Thermometer
What It Isn’t: A tool for measuring pep rally cheers.
What It Is: A thermometer that features pigmented alcohol, giving accurate readings thanks to the alcohol sharing a similar volume with mercury.

Galinstan
What It Isn’t: An obscure planet from Doctor Who.
What It Is: A low-toxicity alloy of gallium, indium and tin used to replace the mercury in glass thermometers — same great metallic look without the mercury poisoning.

According to the U.S, Environmental Protection Agency, mercury thermometers are still utilized in chemical experiments, dairies, power plants, piping, breweries, blood banks, incubators and several other industries and processes that require precise temperature measurements. And mercury-filled meteorological thermometers continue to be used to detect the amount of humidity in the air in addition to the temperature.

Nearly a decade ago, the World Health Organization urged for a worldwide phaseout by 2020 with the Minamata Convention on Mercury, named after a Japanese city in the Kumamoto Prefecture that had been exposed to industrial mercury pollution for more than 65 years. The United States signed on to the agreement in 2013, and the EPA now recommends the use of non-mercury thermometers in industrial settings whenever possible.

So, while the story of the mercury thermometer certainly had its share of ups and downs, the degrees by which Fahrenheit’s invention elevated the fields of medicine and science remain immeasurable.