Draped in Secrecy: The Rise and Fall of the Iron Curtain

The term Iron Curtain was first documented in an 1895 novel by British author Arthur Machen. Then during World War II it was used by Joseph Goebbels, followed by German Chancellor Count Lutz Schwerin von Krosigk. But it wasn’t until 1946 when Winston Churchill used the phrase that it truly came to life, aptly describing the political and philosophical separations between East and West, good and evil.

On one side was the USSR, which loomed over nations such as East Germany, Poland and Hungary. On the other were the countries of Western, Northern and Southern Europe — and spanning to their allies of England, Canada and the U.S.

As the Iron Curtain concept gained traction, free passage of travel from the outside and the dissemination of information for citizens on the inside were banned. From Churchill’s warnings, the world feared this new veil of secrecy would ease the USSR’s attempts to influence, infiltrate and ultimately dominate vulnerable nations — thus creating a new and threatening world power not unlike the Nazi occupations from just months before.

Over time, the Iron Curtain evolved from mere metaphor to actual physical barriers. More than 4,300 miles of fences, minefields and watchtowers were erected, the most notable structure being the Berlin Wall.

As actions progress, the phrase “The Cold War” emerged as a juxtaposition for the growing uneasiness. While it lacked the actual “heat” of the battle, the Cold War was fought with propaganda, embargoes, espionage and even added tension in sports rivalries (To this day, Americans enjoy an Olympic win over Russia more than any other country).

In 1950, the U.S. attempted to thwart the growing isolation by creating Radio Free Europe, which offered uncensored news behind the curtain.

For years, threats were volleyed and tensions flourished and ebbed. But after Joseph Stalin’s death in 1953, a series of historical events began the curtain’s slow deterioration.

Eastern Bloc nations began pushing back against the USSR. The collective economies were sluggish. And the succession of Russian leaders that followed began easing restrictions and rethinking their plans.

In 1985, Mikhail Gorbachev was brought into power, bringing with him progressive movements such as glasnost (which allowed the exchange of goods and ideas between East and West) and perestroika (which allowed business and marketing incentives to its citizens). 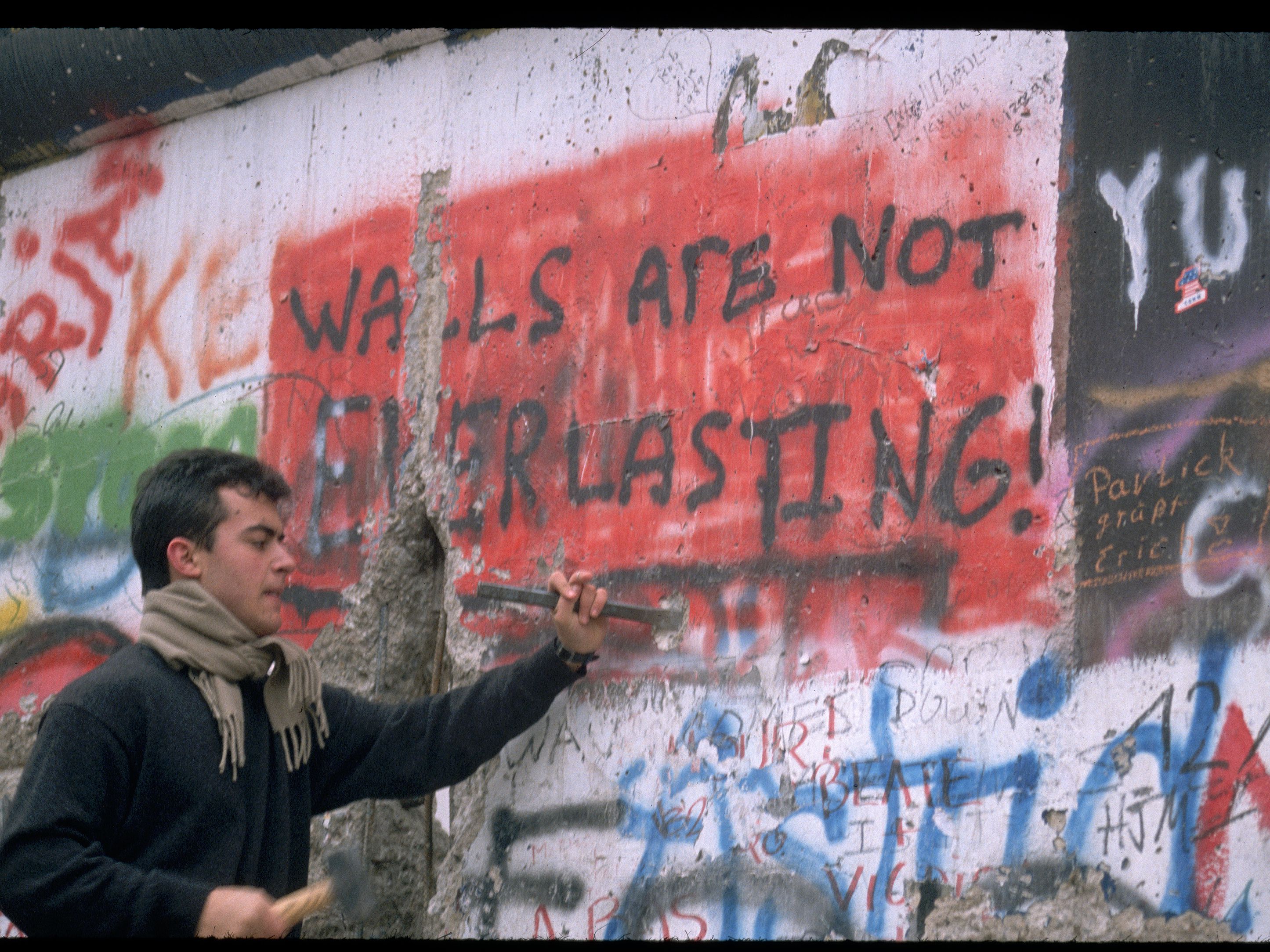 By 1989, both East and West Germans, armed with axes and sledgehammers, had begun chipping away at the Berlin Wall, the Iron Curtain’s most menacing symbol.

With this shift in temperament and philosophy the world saw the opportunity for real change and decided to strike while the iron was hot (click here for more on that).

In 1981, when President Reagan uttered his now famous quote of “Mr. Gorbachev tear down this wall,” things moved into warp speed. And soon after, for all practical purposes, the curtain had fallen and the Cold War put on ice.