It has been called the flesh of the gods, which sounds about right. Considering its value, allure and elusiveness, gold, like no other element, has created an obsession to have it. And a savage determination to do anything to get it.

Derived from aurum, the Latin term for shining dawn, gold’s symbol is Au. The Old English called it geolu, which means yellow, which technically, makes “yellow gold” kind of redundant. The Aztecs must have not thought much of it because their word for it is teocuitatl, or “feces of the gods.”

Much like iron and other elements, gold found its way to Earth as meteorite debris from exploding stars. Given its weight (and its 25 trillion-mile head start from space) it’s easy to assume the lion’s share was pounded way deep into the Earth’s core. In fact, scientists believe more than 80% of it has yet to be found. Guess there’s gold in them thar lower mantles.

No disrespect, but gold is not quite as rare and valuable as you think. It ranks 58 out of the 92 elements in rarity but for the last two years, gold has come in second behind palladium as the priciest.

In 1717, as master of the British Mint, Sir Isaac Newton was the first person to establish a fixed price for gold equivalent (right at $20 an ounce). A half century before that, he developed the law of gravity after witnessing an apple all from a tree. We’re guessing it was a golden delicious.

In 1972, an array of gold jewelry, tools and possible currency was unearthed in Bulgaria. This collection, known as the Varna gold treasure, has been determined to be nearly 7,000 years old, making it the oldest example of gold processed by humans. That is until four years ago, when a tiny gold bead was found in southern Bulgaria and dated to be 200 years older than Varna’s.

Gold is so malleable it can be reshaped by hand, and a single ounce can be pounded out to a 100-square-foot sheet or stretched to a 5-mile-long wire. But just because it’s soft to the touch doesn’t make it a soft touch. Due to its amazing durability, it can be reheated and reused again and again. So, a teensy part of that bracelet you have on could very well have come from Bulgaria.

While China leads the world in the production and consumption of it, the United States has more stored gold than China, Russia and Canada combined.

Every athlete dreams of taking gold at the Olympics. And although it’s deservedly symbolic of tenacity, teamwork and talent, the medal itself runs a distant second. For starters, it’s not made of gold and hasn’t been since 1912, but rather is gold-plated and contains about 93% silver. And before you ask, no, the silver medal is not made up 93% bronze. The basic cost or value of a gold medal is about $500. But on the open market (and depending on the popularity of the athlete), they can fetch anywhere from $10,000 to $1.5 million. 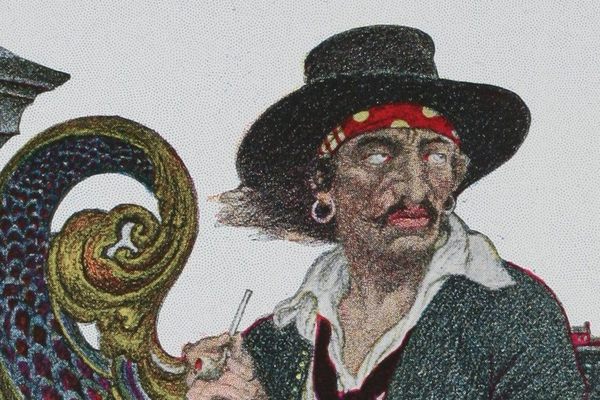 When newbie sailors (or “boots”) made their first trek across the equator, or survived travels through the treacherous Cape Horn, they were often awarded a gold earring. From there the tradition evolved to pirates wearing them as a good luck charm against drowning. Arrr you serious?