What a Rush: A Quick Look at America’s Quest for Gold

Over a short seven-year period, gold lured more than 300,000 hopefuls to the western United States, increased California’s population 1000-fold, brought riches to a few, ruin to most and in terms of agriculture and industry, single handedly springboarded the nation’s economy. 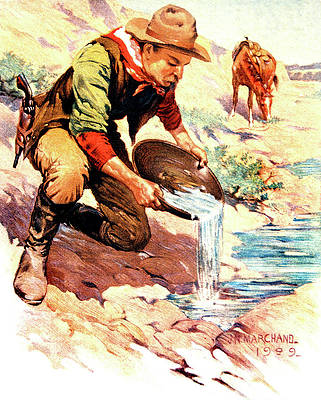 It started in January of 1848 when James Marshall found gold at Sutter’s Mill in Coloma, California. Thrilled at this prospect (pun intended), both Marshall and Sutter attempted to keep their unburied treasures under wraps. But after a local shop owner flaunted his recently acquired booty, their secret was out. Gold fever was on. And all bets were off.

By 1849, hordes of Americans from every state (and thousands more from around the world) sold all their worldly possessions and left their families behind to make the arduous, often deadly journey westward. As they searched for riches and staked their claims, entrepreneurs saw a golden opportunity and threw together ramshackle mining towns that provided over-priced food and supplies, as well as other necessities from hooch to housing to houses of “ill repute”. 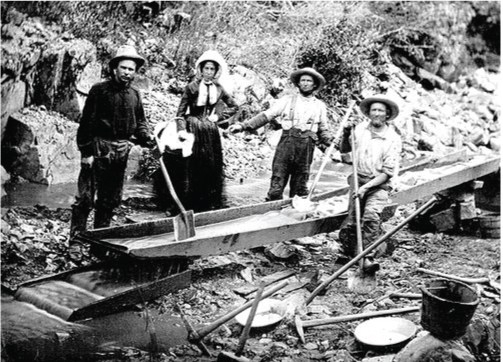 Given man’s greed and dreams of unfathomable riches, things got ugly, quickly. Native Americans were forced into slave labor and Asian immigrants acquiesced into working longer hours for less money causing job losses and dissidence among white miners. As a result, Asian-owned mining camps were often overtaken, looted and burned to the ground.

By 1851, despite hundreds of hopefuls still arriving each week, most of the surface gold had been found. But with a little American ingenuity — and a total disregard for the environment — more effective methods such as hydraulic mining and river-shifting dams popped up everywhere, bringing in huge profits and destruction to farmlands and other natural landscapes.

As with any rush, the high was short-lived. Four years and 750,000 pounds of plucked gold later it was over. But the riches it provided and the progress it produced made it one of the most significant chapters in American history.