Today we’re sober-curious. We can order a mocktail at a bar and we can hold a Topo Chico instead of a beer without feeling out of place. Sobriety is trending. But in 17th Century England…it wasn’t. In fact, a toddler might have given you the side-eye if you didn’t pass them your nearly-empty mug of rum when you’d reached the bottom so they could lap up the remaining fermented sugar. And there wasn’t a legal drinking age, so why not?

Of course, 17th Century England became 18th Century America. Apparently their drinking habits were one of the first things the colonizers packed for their transatlantic journey. Booze has informed a lot in these 50 states since 1776. You can’t quote me on the notion that functioning alcoholism was in full-effect during the inception of our nation, but you can quote me on this: 17th Century Englanders had a term for the hallucinations one would experience during a regular withdrawal from alcohol. They called them ‘the blue devils’. The phrase was eventually shortened to the blues. And sort of naturally, the blues came to be known as a low or sad feeling.

If you’re reading this from Baton Rouge, your mind is likely beginning to swirl with your own memories and associations to Blues music. Maybe your mind is filling with names like J.D “Jay” Miller, Slim Harpo, Henry Gray or Tabby Thomas and Clarence “Gatemouth” Brown.

Maybe you’ve had a drink or two at Tabby’s Blues Box. Maybe you’ve heard the greats and experienced the soulful, lowly sounds of musical protest in the city that started it all. The origin story of Blues music in the Red Stick is one of fighting for justice and attaching rhythm and rhyme to the quest for racial and socioeconomic freedom. 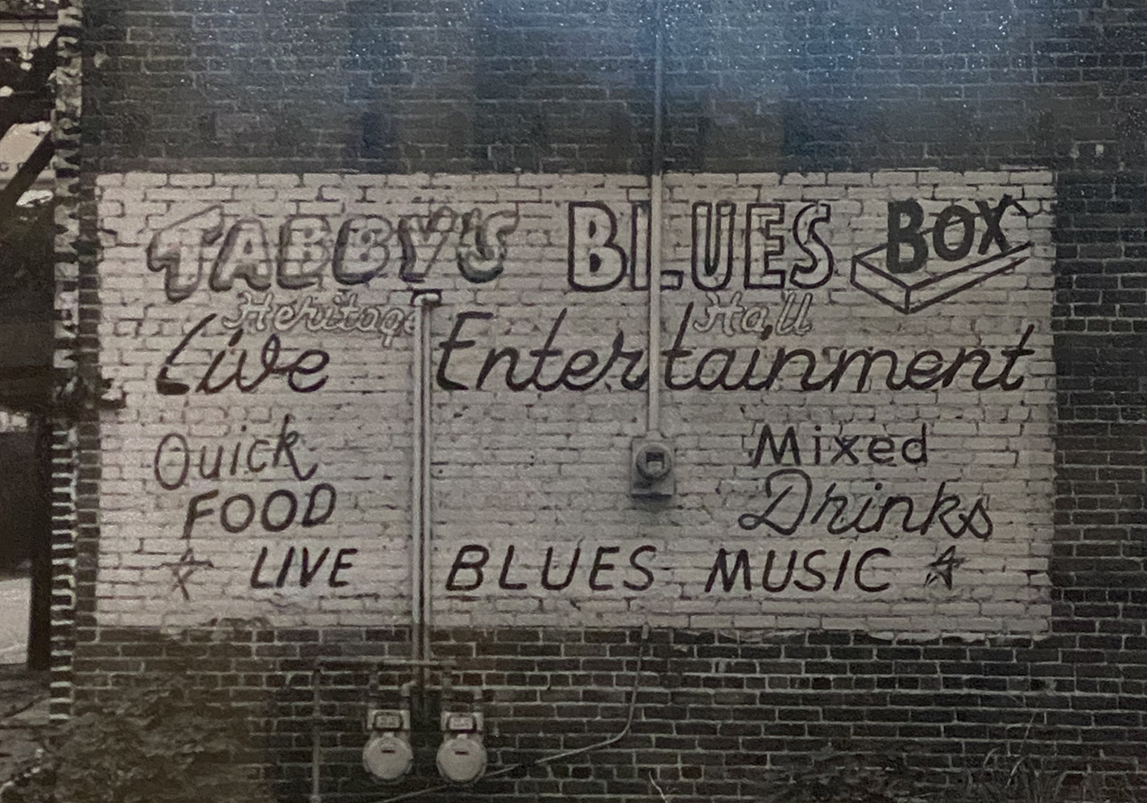 When Tabby Thomas recorded One Day at Capital City Sounds Studio, he may or may not have known the history of the word he used for this unique and deeply rooted style of music, but he almost certainly knew of the connection between alcohol and the men who came before him upon who’s hollers and chants he used as inspiration.

It’s documented that enslaved people were given alcohol, and it’s widely believed it was in large part to subdue and control them. Frederick Douglass wrote, "When a slave was drunk, the slaveholder had no fear that he would plan an insurrection. No fear that he would escape to the north. It was the sober, thinking slave who was dangerous and needed vigilance of the slaveholder to keep him a slave (Douglass, 1846).

Enslaved people would chant in the fields. They’d holler and sing call-back songs. There were chants about camaraderie, freedom and some even held secret codes that detailed escape routes. Their descendants, the creators of Blues music, knowingly paid homage to the chants of their ancestors with Blues music. Perhaps unknowingly, the Blues greats buried the drunken vernacular of colonizers who would go on to own and degrade their family members. Because today, as we hold our mocktail, we don’t necessarily think about 17th Century England when we hear that low and slow and moody progression. We think about empowerment and hope for less blue tomorrow.