Let’s say your art teacher asks you to draw a lamb. But if you reproduce twelve lambs in different colors — or place her in a den, sitting on a lounge chair — well, what you’ve got there is pop art.

Like most art movements, pop art began as a defiance of traditional art forms. Young artists were still being taught basic art theories and were urged to reimagine if not regurgitate the world around them. But pop art was born from a rebellion against stagnant art forms and an equal disregard for the abstract.

Much like its subject matter, pop art was intended to be short-lived, forgettable, affordable and aimed at a mass audience. It was funny and sexy. And it transformed the dull and everyday into something dynamic.

The genre began in England in the 1950s, where artists who had previously dabbled in mixed media or collages decided to combine odd combinations of culture, consumerism, celebrities, comic books, fads and fashions.

Purposely low-brow, their intention was to opt for stimulation over substance. And the results brought bewilderment — and challenged the very perception of what art was meant to be.

So, enjoy as we focus on the grand pops of pop art, notables from England include:

It’s been said he was inspired by the packaging delivered to his family’s ice cream parlor. And if you’re a fan of pop art, you’d agree that sounds about right. With his background in textiles, his collages were innovative mixtures of toys, logos and other 50s nostalgia, often tempered with a darker statement of post-war excess.

I was a rich man’s plaything: Blending a lurid pulp magazine illustration with baked goods and Batmanesque commentary, it was a blatant statement to the inequality of – and violence toward – women. 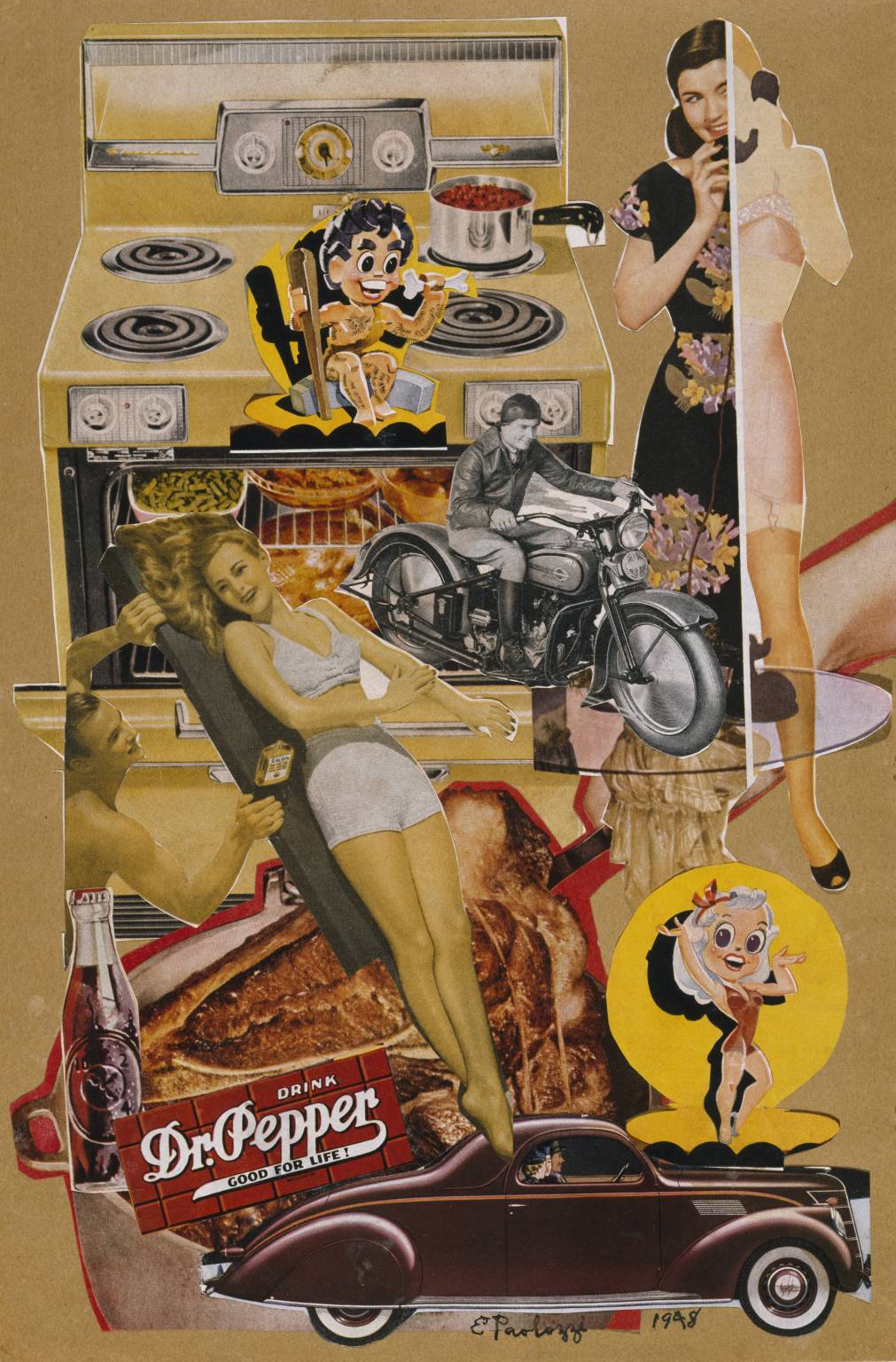 Dr Pepper: Even after a decade, post-war England was still experiencing rationing and a lack of basic consumer goods. This collage, filled with snippets of American magazines and featuring symbolic images of our prosperous nation, is simultaneously celebration and scorn, envy and cautionary.

Hailed as one of the earliest creators of pop art, his complete fascination with movies, magazines and music produced dizzying abstractions and legions of fans.

Just what is it that makes today’s homes so different, so appealing? Midcentury décor meets homoerotic muscleman rag. Much like Polozzi’s Dr Pepper, magazines were cut up to portray post-war excess. 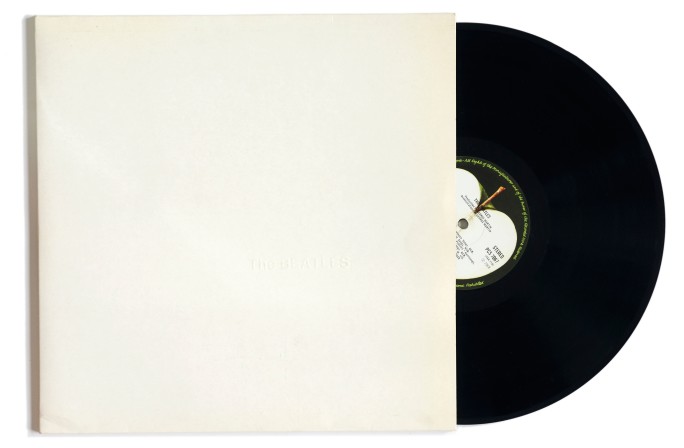 The White Album: In a brilliant move of incredible minimalism and revolutionary simplicity, his design became the epitome of anti-pop art pop art.

Another frontrunner of pop art, his collages, combined cultural images ranging from advertising to wrestlers to fine art. His creations, which included album covers for The Who and Oasis, earned him knighthood in 2002. 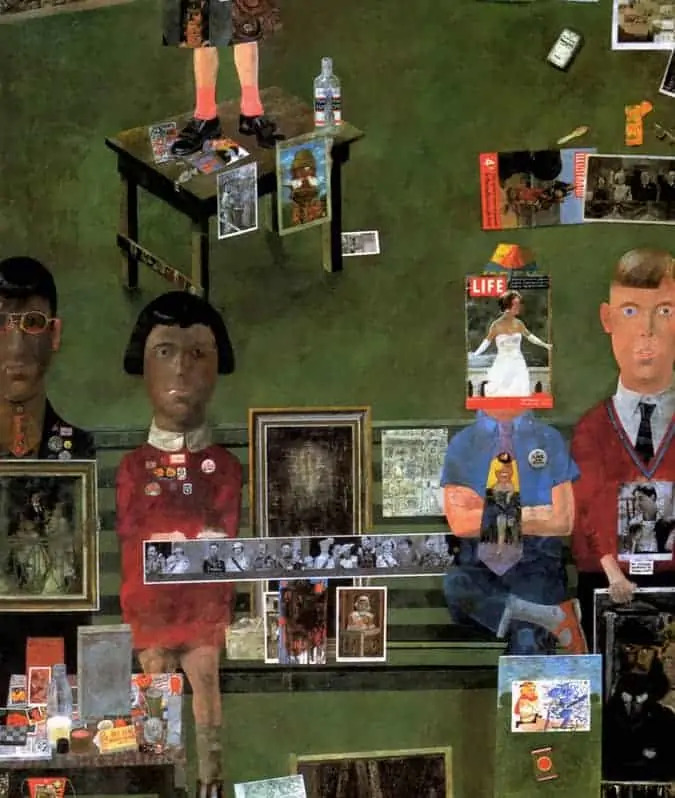 On the balcony: Inspired by a Manet masterpiece, he layered dozens of images of royalty, American celebrities and cigarettes.

Sgt. Peppers’ Lonely Hearts Club Band: Working from a list of the Beatles’ most revered heroes, Blake created the most recognized and discussed album cover of all time.

The prince of parody, his distinctive twist on comic books and consumerism was as amusing as it was adversarial. 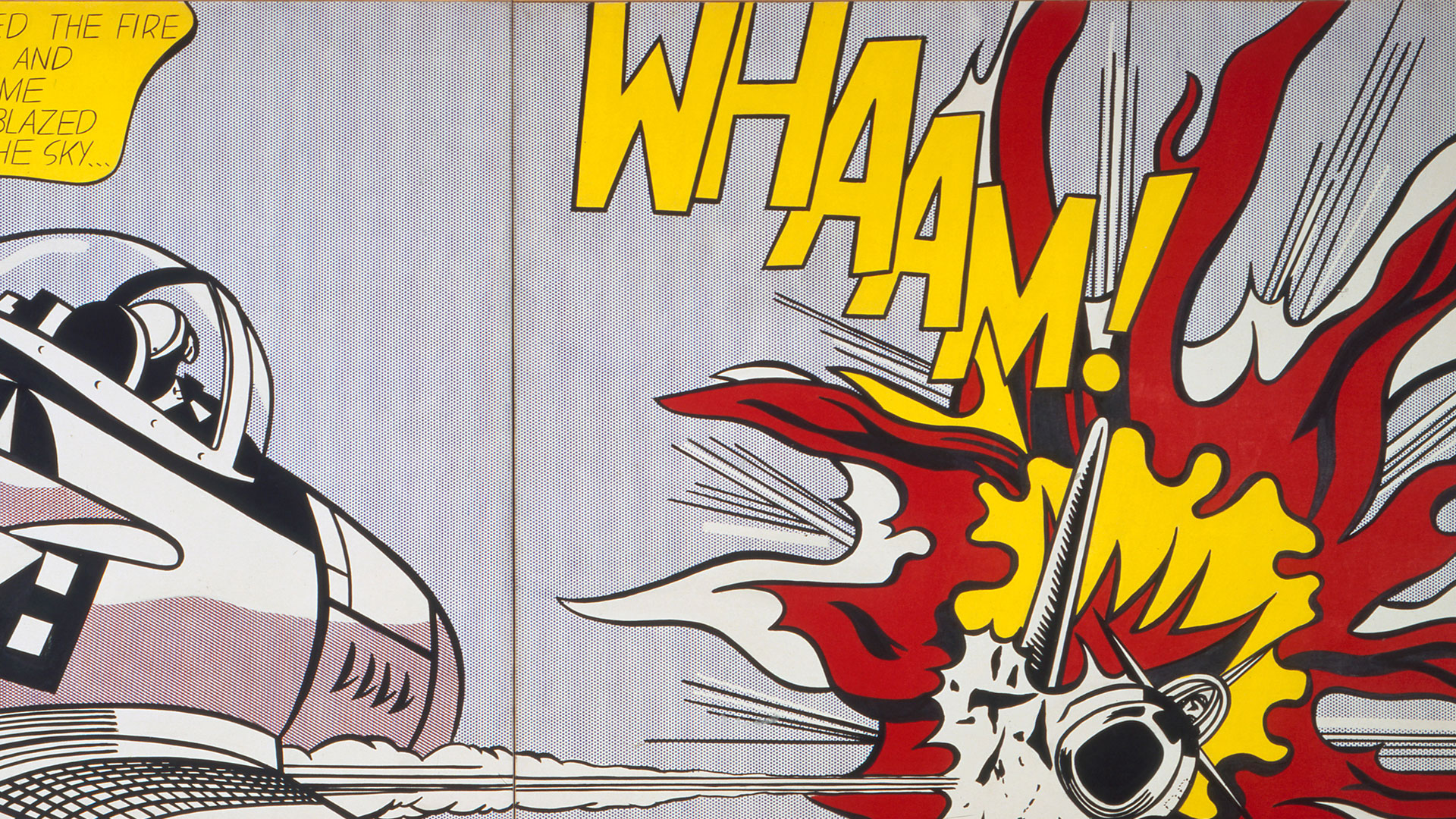 Oh, Jeff…I love you, too…but…: One of a series of romance novel comics, featuring love-torn, angst-ridden women. His use of speech balloons amid a tense emotional moment evoked amusement and agony, and has been imitated in marketing campaigns ever since.

Andrew Warhol began as an advertising illustrator, drawing (and later designing) ladies’ shoes. During this time, he experimented with a “blotted line” technique (blotting the ink while still wet). Utilizing tracing paper in this technique allowed him to duplicate an image over and over – as well as create infinite variations through color and shading. His tinkering eventually led him into silk screening, which gave him more control – and alternatives – to his original design.

Fascinated with the culturally mundane, he took ordinary items that possessed mass appeal (in other words, whether millionaire or pauper, everyone bought Campbell’s soup and were fans of Marilyn Monroe).

The simplicity of his work allowed him to hire associates to mass produce that what was mass produced.

Ironically, his indifference to other art movements proved to be wildly popular with many – leaving others to take on the challenge of defining art itself.

Expanding into film (Trash, Flesh and Chelsea Girls) and music (The Velvet Underground & Nico), Warhol surrounded himself with an eclectic entourage of models, crossdressers and assorted human oddities. And by the mid 60s, his presence was as in demand as his art. 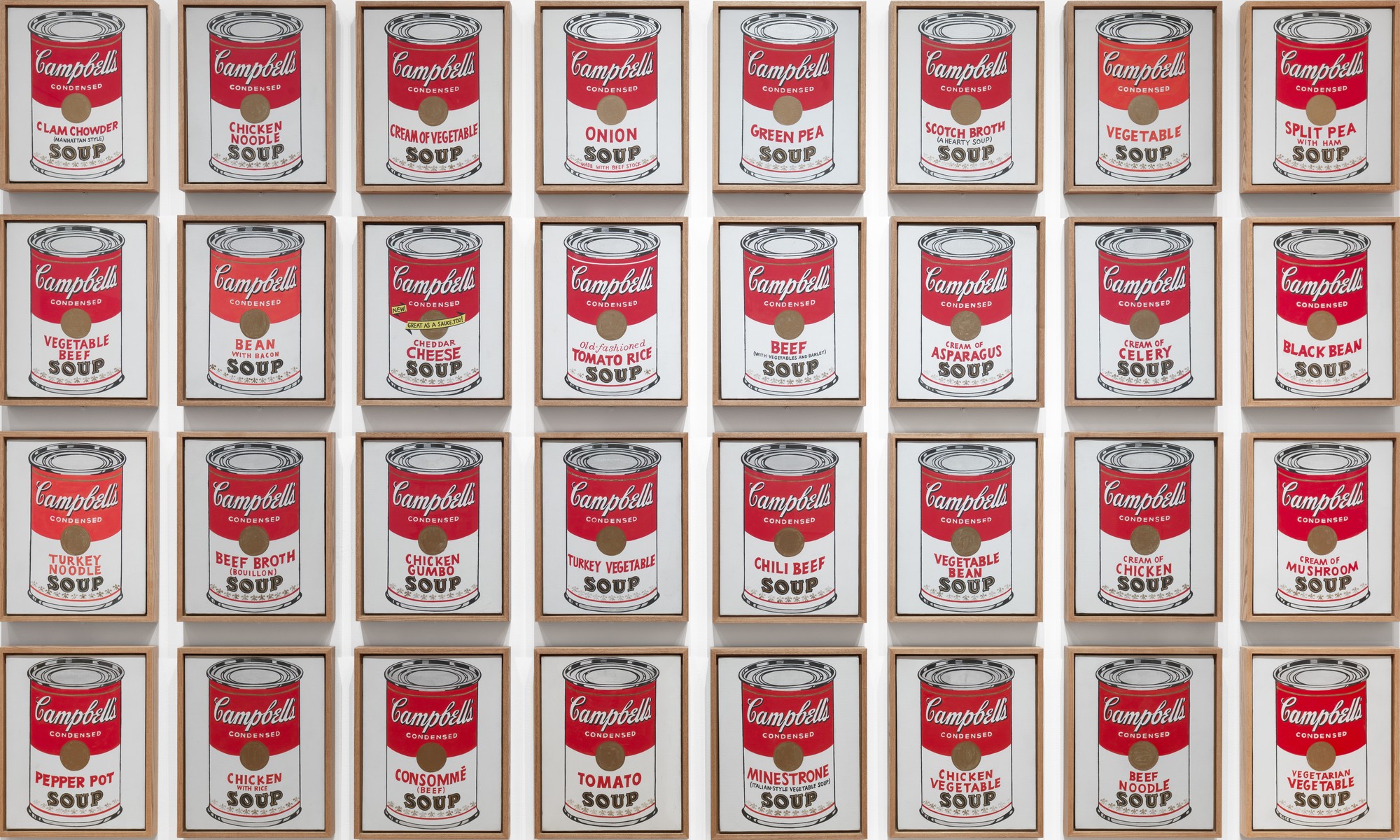 Campbell Soup: Obsessed with consumer packaging and the fourth estate, this display is his most famous. His Small, Torn Campbell Soup Can sold for just under $12,000,000 in 2006.

Triple Elvis: One of the best-known pieces, his repetition of other cultural icons included Marilyn Monroe, Chairman Mao and Jackie O.

We surveyed our Covalent crew (quite the mishmash of creative talents and tastes) for some favorite examples of Pop Art. 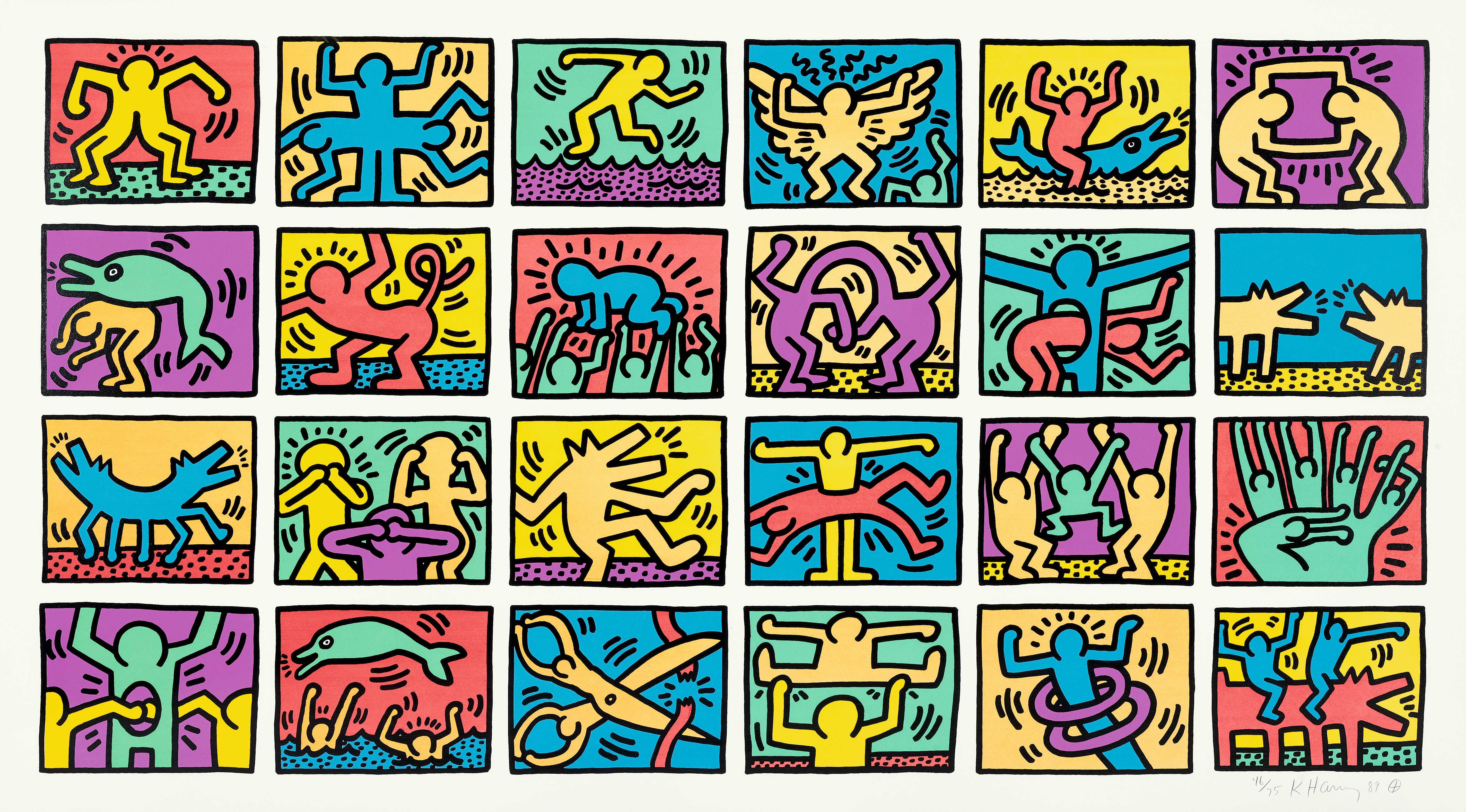 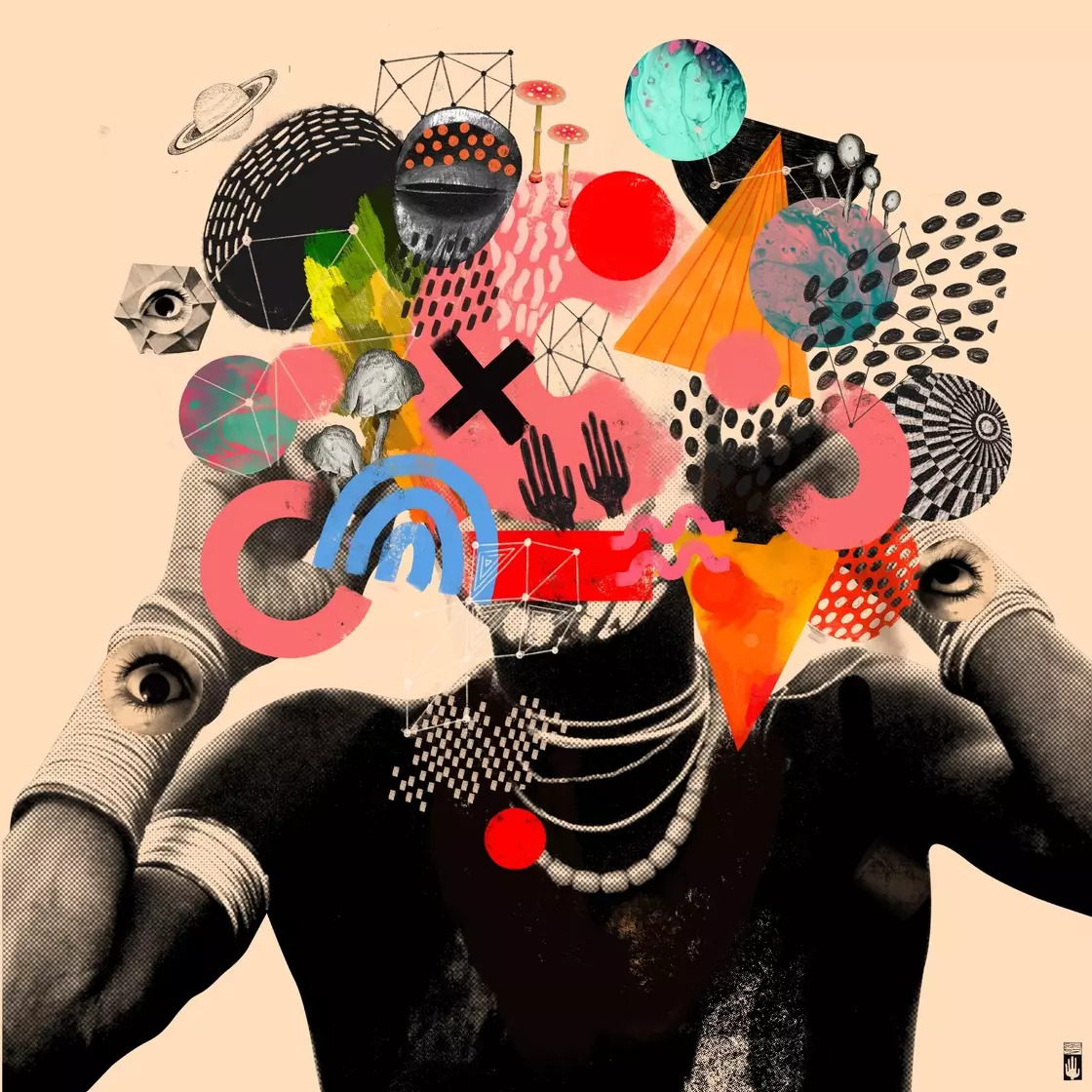 #2: Stacey Vincent: Maniac by Victoria Topping (This work jumps off the page – and messes with your head) 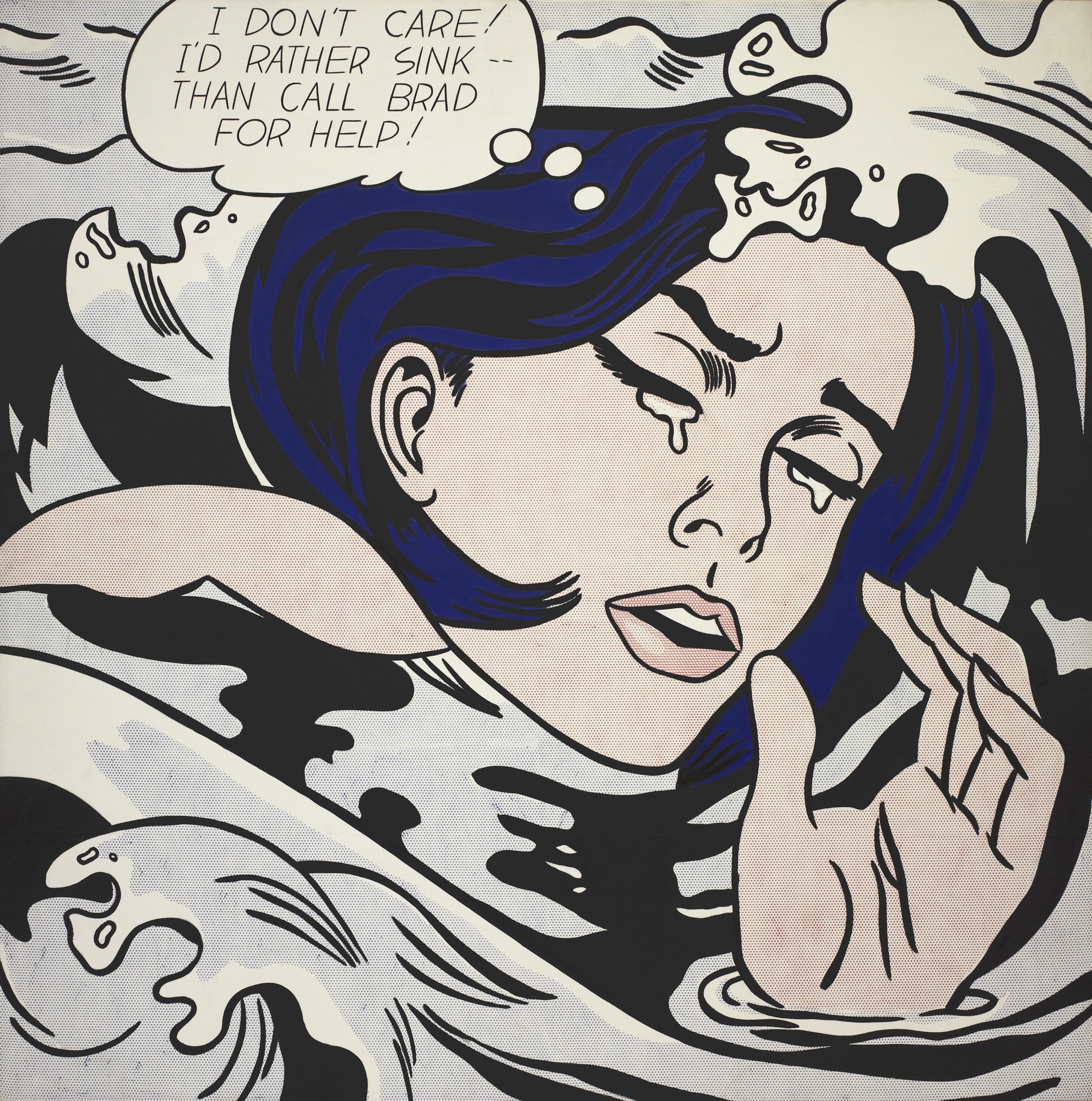 #3: Darren Vincent: Drowning Girl by Roy Lichtenstein (Though from a comic book, it still gives you that sinking feeling) 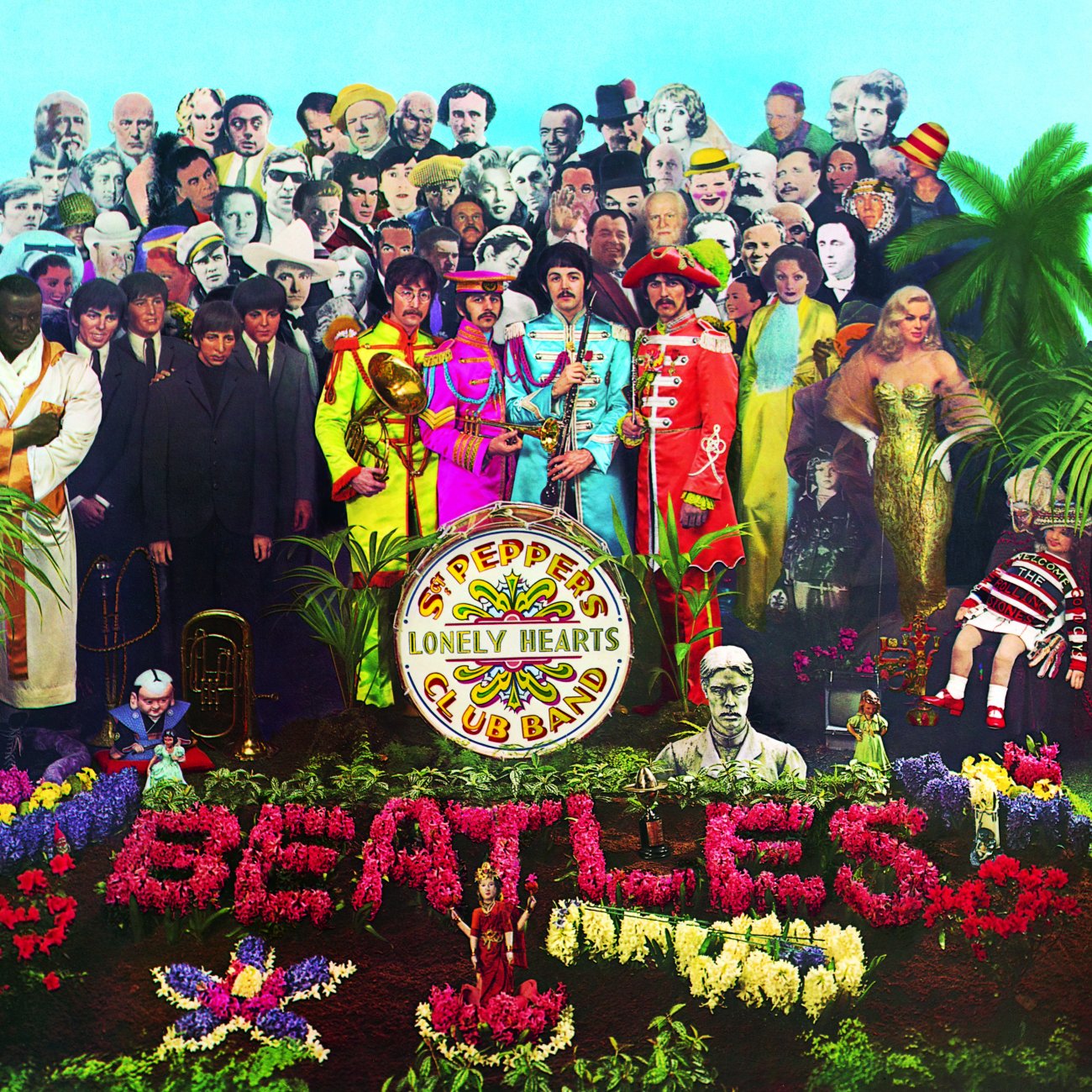 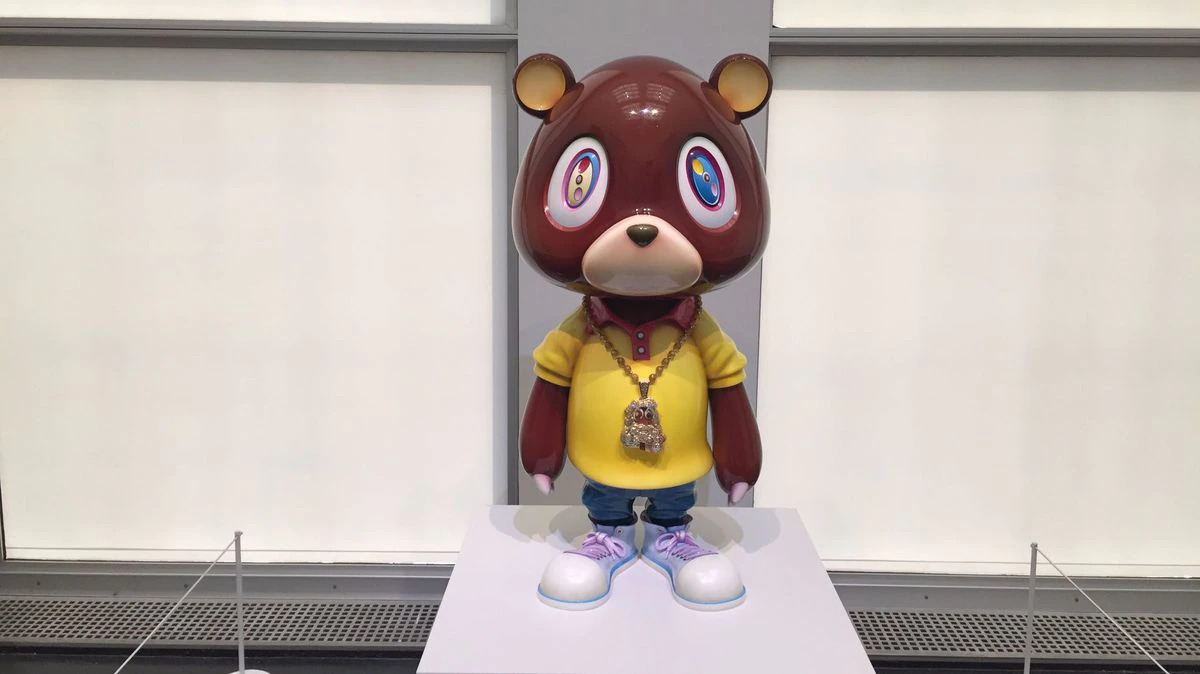 #5: James Thyraththongsay: Kanye Bear by Takashi Murakami (Inspired by the rapper? Bling it on!) 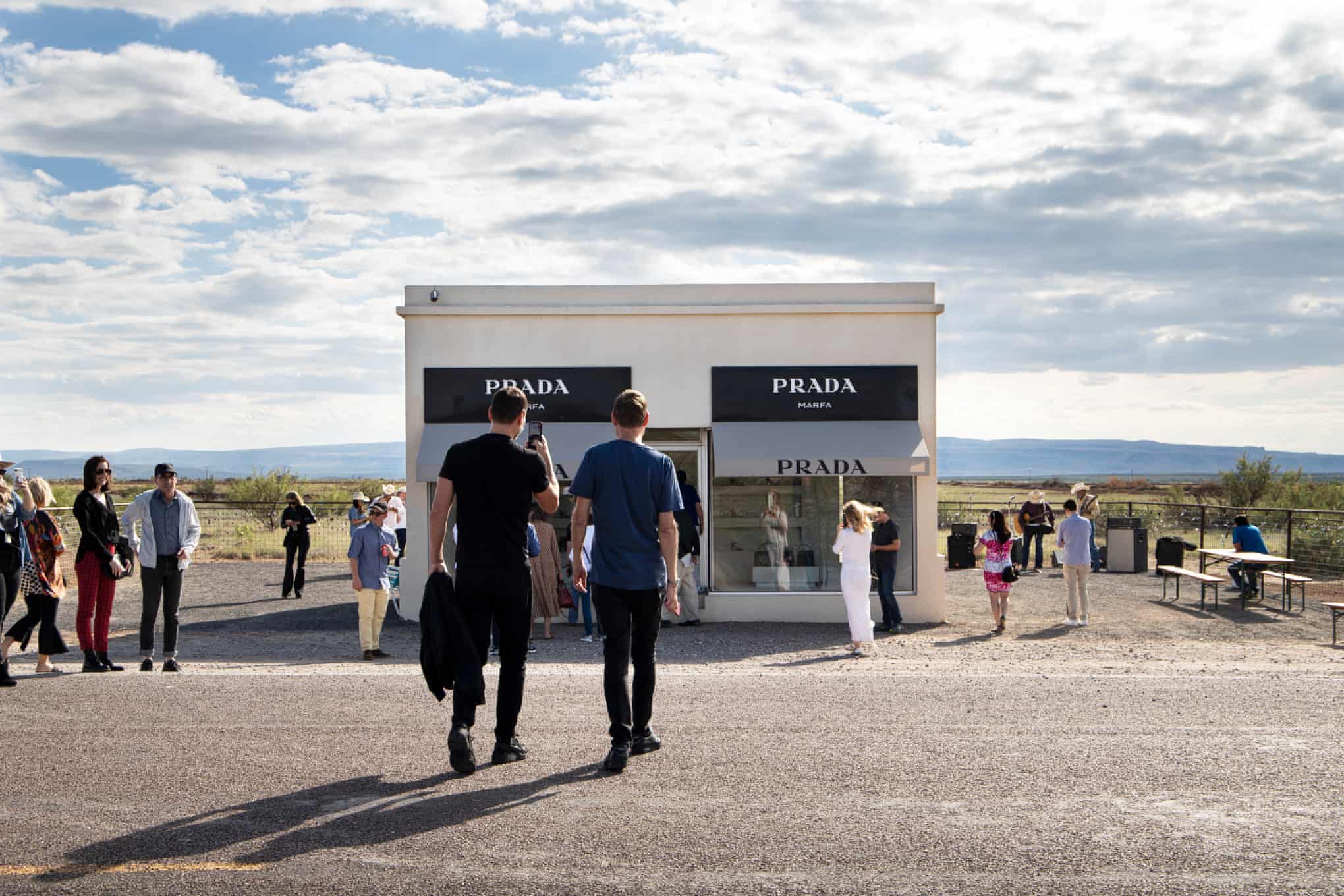 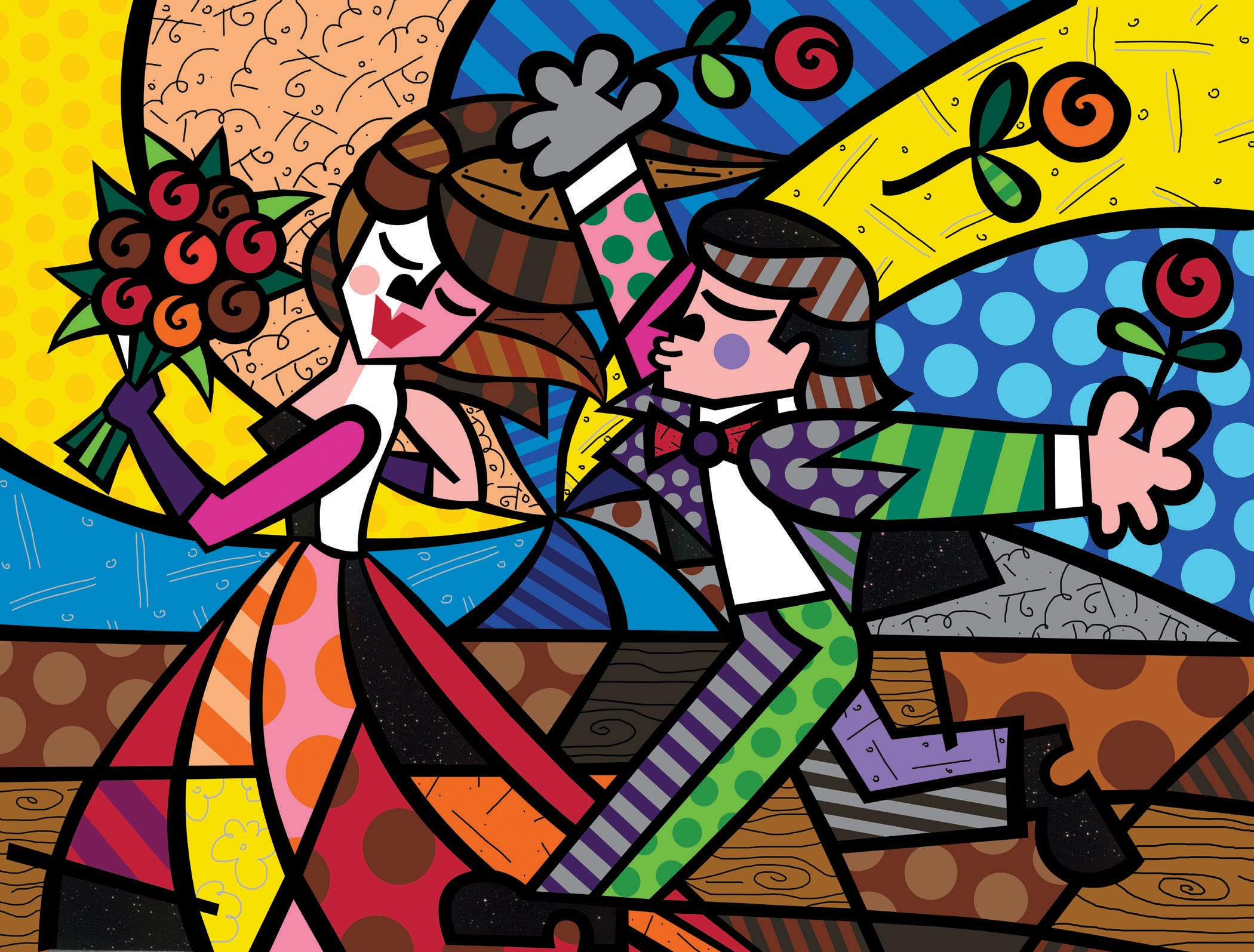 #7: Fernanda Collins: Follow Me by Romero Britto (In pop art, love is often a running theme)